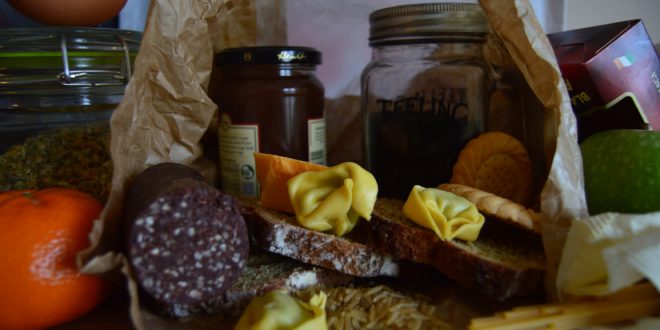 The San Patrizio Livorno Festival 2020 will have Dr. Lucia Galasso, Food Anthropologist, who will discuss the results of our SPLF Survey – a survey which explores the comparisons between Italian and Irish cultural identities regarding food.

As we all know, both Italy and Ireland have had, and have, an important outgoing migration flow: in this context food plays a very important role in terms of identity.

The bond between emigrants and the food of their home country has to be understood not in terms of a generic food pleasure linked to nostalgia, but rather to a question of recognition of the relationship between taste and identity.

This relationship has implications for self-image, self-representation, and the sense of belonging to a community when we are far away from it. Food becomes an important part of our identity, and the construction of an ethnicity to be proud of.

Nostalgia and memory propel these changes. There is a desire to preserve one’s identity, despite different ingredients, behaviour and attitudes. This new identity has to adapt, to come to terms with itself, and to be open to embracing change.

Over time, communities of emigrants adopt the habits and behaviours of other ethnic groups. They develop new practices linked to the food of the host country: practices that are themselves subject to change.

What is the impact of this phenomenon on Italian and Irish people living abroad?
How can they use the concepts of “nostalgia” and “tradition” to help people (younger people especially) to have, share and participate in a food identity in the host country? What is the best way to a proper food education in a world dominated by mass market food production?

All these questions are the reason why, on the road to the SPLF 2020 edition, we are launching the “Sapore di Casa / Taste of Home” Survey, a survey targeting Italian and Irish people living abroad and their relationship with food and food identity.

Our approach to the Survey is similar to all of our SPLF initiatives: openness, inclusiveness, and the creation of a cultural framework for mutual cultural growth.

The survey, in two languages,will be available for completion between September 17th 2019 and January 17th 2020. Survey data will be analysed by Galasso and presented during the 2020 San Patrizio Livorno Festival.

Italish Magazine, the host of the “Sapore di Casa / Taste of Home” project and Survey, has more than ten years of history in telling stories about and between the two countries embedded in its name: We want to give the Survey a scientific foundation. But we also want to give our audience the opportunity to tell their stories about what, for them, is the ‘taste of home’. An opportunity that, we are sure, will inspire even more stories to be told in the future.

Massimiliano "Q-ROB" Roveri writes on and about Internet since 1997. A philosopher lent to the IT world blogs, shares (and teaches how to blog and share) between Ireland and Italy.
@MassiMaxRov
Previous Fighting Words Ireland: Italish interviews Sara Bennett
Next Peter Murphy first Guest of Honour of SPLF 2020