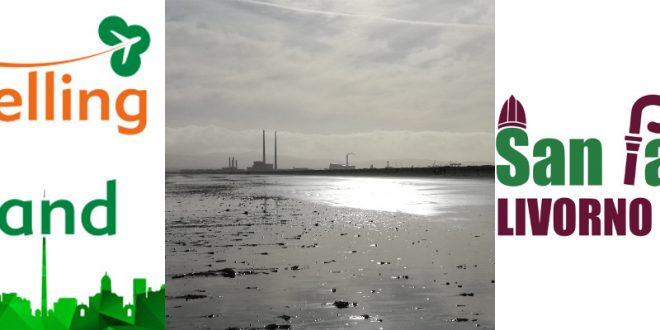 to create a culture of quality, oriented towards a “slow travel” approach, when visiting Ireland.

The first activity will be the Media Partnership of TravellingIreland, supporting the “San Patrizio Livorno Festival”, 2019 event.

Massimiliano Roveri said about the Partnership:

It’s a pleasure to start working with TravellingIreland and Pasquale, as we share the same vision of high profile interaction between the Countries.

Italish Magazine will provide contents and suggestions for the Travelling Ireland audience, which will be involved in the conversation that will start in Livorno: a conversation between Italy and Ireland that brings together voices such as the ones of Catherine Dunne, John Banville and Marco Vichi.

I am delighted to begin this partnership with Italish Magazine and Massimiliano that will enhance the relationship between Ireland and Italy considering the passion we both have for culture, literature and travelling.

San Patrizio Livorno Festival is the opportunity to showcase Ireland in Italy bringing the right people, atmosphere and colours.

Italish Magazine (italish.eu) provides authentic content about Ireland and its culture since 2009. It has now almost 900 blog posts.

Q-ROB is, since 2014, the brand name of Massimiliano “Max” Roveri for his activities of web & social media marketing and cultural mediation between Ireland and in Italy.

The San Patrizio Livorno Festival is a gathering centered on Irish culture based in Ex Cinema Aurora, Livorno: Three days of literature, music, food, fun and everything Irish!

Travelling Ireland is an Irish based website established in 2014.

Our goal is to guide and help our followers, plan and create their own authentic journey through Ireland.

We provide information to help fulfill the dreams of those wishing to visit Ireland, whether that be in their minds or in Ireland itself. Our passion is Ireland!

Massimiliano "Q-ROB" Roveri writes on and about Internet since 1997. A philosopher lent to the IT world blogs, shares (and teaches how to blog and share) between Ireland and Italy.
@MassiMaxRov
Previous San Patrizio Livorno Festival
Next Irish musicians: he prefers the harp to the violin