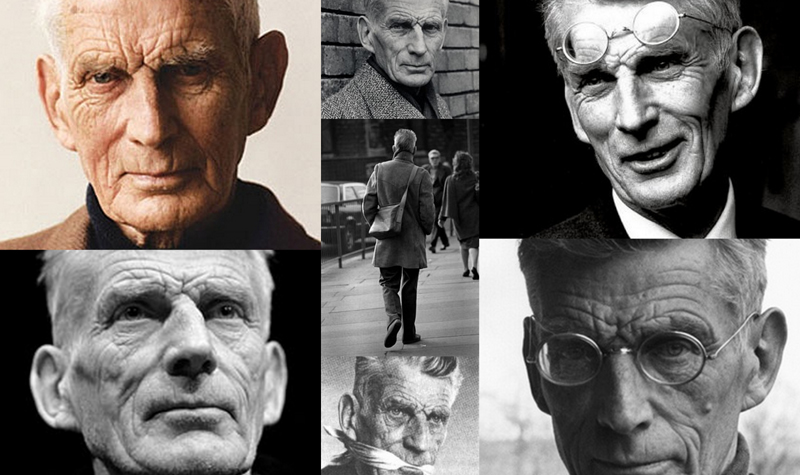 Waiting for the Ring: Beckett and Tolkien

This post is risky business, because when you play with giants there is the risk of getting smashed. And Beckett and Tolkien are such huge giants…

Beckett and Tolkien don’t exist (together)

It’s always a bit disappointing when Google Search doesn’t help you. At first glance it often seems that your search is useless; if it’s not on Google it doesn’t exist, right?

If you Google “Beckett and Tolkien” (in Italian or in English) you don’t get anything useful.

Beckett and Tolkien via Václav Havel Moreover, often interpretations are not only useless, but also wrong.

And the fact that sometimes an interpretation develops into a feud or war will forever scare me.

Anyway, this post is an attempt at interpretation; a search for a connection between the respective authors of Waiting For Godot and The Lord Of The Rings.

Because maybe it becomes increasingly frequent (when ageing…) to look for connections or a unifying vision of the things that you are interested in.

It’s not by chance that Italish Magazine has some content about Tolkien and Ireland, as well as, of course, a lot on Beckett.

But where has this connection attempt come from? From my 19th re-reading of The Lord Of The Rings (the first time was in English. Yes, it’s the book that I have re-read most times).

Whoever knows a little about Tolkien and his work, a good example being the complex, articulated and anarchist interpretation of The Lord Of The Rings (one strengthened by some letters of Tolkien’s huge epistolary corpus), knows that The Lord Of The Rings is not just a fantasy book, but a philosophical work based on a philological (lifelong) experiment.

The Ring is power. Power corrupts per se. It alienates by itself (even Sauron is a victim; in the name of power he loses his own subjectivity). The only positive instance that can be related to power is its nonentity.

It’s not by chance that Tolkien declares, in his letters, that he had given up writing the stories of Aragorn’s descendant because they were nothing more than power plays and political intrigues.

That moment is the coming of Godot. That moment, the triumphant coming of Godot, exists in history.
“Godot is here” is the phrase that soared in 1989 in Prague, at the fall of totalitarianism.

There has been a tight connection between Beckett and the Czechoslovak dissidents: Beckett’s work was banned in the communist Czechoslovakia and in 1982 Beckett dedicated Catastrophe to Václav Havel; the dissident “subversive” jailed Czech writer.

The Guardian website has a great article about the Beckett – Havel relationship and the “Godot in Prague” topic. It is the subject of The International Reception of Samuel Beckett, by Mark Nixon e Matthew Feldman (an excerpt can be read on Google Books).

If Frodo and Sam had read Waiting For Godot, while they were waiting for the unexpected eagles they perhaps would have written the very same phrase in the ashes of Mount Doom: Godot is here.

Nobody hangs himself in Gorgoroth

But the Beckett-ness of The Lord Of The Rings starts earlier: in the chapter The Choices of Master Samwise Sam’s situation echoes Beckett’s famous line:

A topic which is also in Waiting For Godot:

Estragon: I can’t go on like this.
Vladimir: That’s what you think.

Sam’s earlier situation mimics that of Frodo and Sam later on.

In The Tower of Cirith Ungol chapter, Sam goes on even if death is the most likely conclusion of the trip.

But it is the Mount Doom chapter that constantly echoes Godot: Sam and Frodo are our Vladimir and Estragon.

And we have also the other characters: Gollum and the Ring are our Lucky and Pozzo.

The rope which tied up Lucky and Pozzo has the same value as the necklace on which Frodo carries his burden, which is the very same value of the relationship between the Ring and Gollum.

The wandering of Frodo and Sam could go on not only for two acts, but endlessly if not achieving liberation; the destruction of the Ring and the arrival of Godot.

Or, even better: driving out Godot.

Godot, driven out and thrown in the crack of doom, gives us, at least for a moment, the hope of freedom.

Massimiliano "Q-ROB" Roveri writes on and about Internet since 1997. A philosopher lent to the IT world blogs, shares (and teaches how to blog and share) between Ireland and Italy.
@MassiMaxRov
Previous 2015: Back to the Future of Irish Music (part 3)
Next Eventi a Dublino: settimana 52 e eventi fino a Capodanno