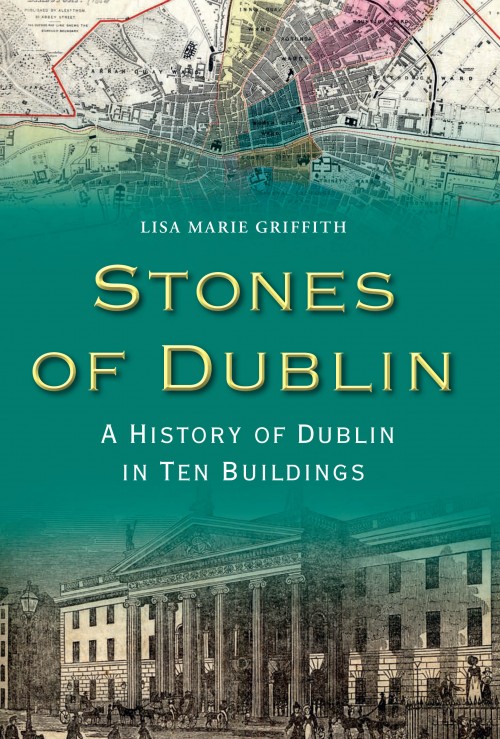 Stones of Dublin – A History of Dublin in Ten Buildings by Lisa Marie Griffith is published by The Collins Press. We had a chat with Lisa!

In ten of Dublin’s most historic buildings, we encounter the great periods of building activity, the people involved in their construction and the institutions that inhabited them. Behind the façades is the story of Dublin.

Bringing together the story of these landmark buildings takes us on a wonderful journey through the shifting social, political and cultural history of Ireland’s capital.

How did you get the idea for the book? And how did you choose the buildings?

I worked as a tour guide in the city centre of Dublin for five years.

Buildings were a really great way to show visitors to Dublin what our history is and the importance that it has in Irish life.

I planned my route around the most historic buildings and constructed my historical narrative around these buildings.

It made sense to me to tell the story of Dublin through architecture and buildings so the book came from there.

It was hard to choose the buildings though and narrow them down to ten. The buildings that I picked are all landmarks but they are well-known buildings and most can be visited in an afternoon stroll around the city.

How did you get info about the buildings? What documentary sources? And maybe people too?

I did my PhD in Eighteenth Century History in Trinity College Library so I was familiar with a lot of the primary and secondary sources for the city. Dublin City Library and Archives is a fantastic repository for information on the city but I also visited the National Library, and the Royal Irish Academy.

How an exhibition about your book and its ten buildings should be designed and developed?

If the book was put together about the exhibition I think it would have to focus on people- the people who commissioned and designed the buildings, who lived and worked in them and who preserved the buildings.

Each of the buildings in the book is important because it meant something to the people of Dublin or because of an event organised by people.

A good example of this is the GPO, which is celebrated because of the Easter Rising in 1916.

What is your favourite building, and why?

I think my favourite is City Hall. It’s a beautiful building to visit and has a great story attached to it. It also has statues of some of Ireland’s most important figures like Daniel O’Connell. Even though it’s in the centre of the city many people don’t visit it which is a pity. It’s worth going in and looking around as it’s an architectural gem.

Stones of Dublin is a Top 10: would you mention 10 more buildings for our Italian readers? 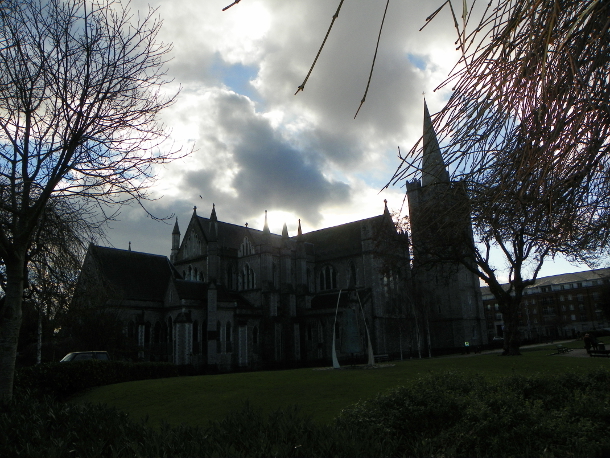 Imagine the same book but in 2114: what buildings would you want to be still in the top10, and what would you want as an icon for the Dublin of the XXII Century?

By 2114 the list would have to be expanded to 12 or 15 buildings as I would like to think the ten buildings in the book will still be standing and important part of Ireland’s built heritage.

The Convention Centre is very beautiful and the events that it hosts are really important so it’s possible that it could be included.

I also think it tells an interesting story about Ireland’s economic downturn and the recovery which Ireland is making.

Perhaps headquarters for international technology companies like Google would also be included as they are important industries for us now.

Tags In English Stones of Dublin

Massimiliano "Q-ROB" Roveri writes on and about Internet since 1997. A philosopher lent to the IT world blogs, shares (and teaches how to blog and share) between Ireland and Italy.
@MassiMaxRov
Previous Musicanti d’Italia: Arpa Celtica – 7 Domande 7 a Fabius Constable
Next Eventi Dublino: settimana 49, 1-7 Dicembre