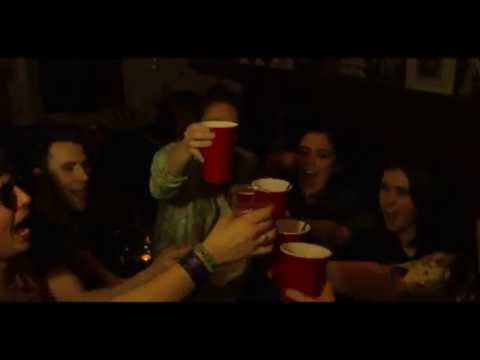 On the Shoulders of Giants – 7 Questions 7 to Aisling Jarvis

Aisling Jarvis: the Clannad‘s daughter (or better the daughter of Moya Brennan, the “First Lady of Celtic Music”). This week we have the opportunity to meet with a young woman who was brought on the shoulders of Trad Giants, the heiress of one of the must influent families of the Irish Music, the Brennan’s. Aisling is another “little woman of Donegal”, with a brilliant future before her: she is a 22 year-old singer/songwriter/producer who plays guitar, bouzouki, uilleann pipes, keyboards and percussion – to which she adds her unique voice. Apart from her solo work (an EP released in April 2013), she is a permanent member of Moya Brennan’s band and has toured extensively in Europe and the USA. 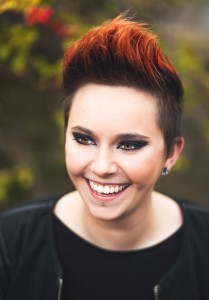 1.    Aisling Jarvis, the daughter of Moya Brennan. How does your mother’s presence and experience influence your approach to the music?

My mother and her music have always influenced me. I incorporate a lot of her style into my own music, especially the vocals and the style in which she layers them. We have co-written two songs together for the new Clannad album which was an amazing experience for me, but I feel that I have quite a different type of singing voice to her. What I have tried to do is take influence from the music in my family and tie it together with influences I have from pop and rock music. I feel that it has created quite a unique sound.

2.    Besides playing a great number of instruments (guitar, bouzouki, uilleann pipes, keyboards and percussion) and singing (on your own and with your mother’s band), you are working even as a sound engineer. How can you manage with all these things and what are your priorities?

I have always been a big believer in finding a balance between all of the different aspects of music that I am involved in. For the past two years I have been working in the studio recording and producing artists; so this year I will be focusing more on my own music and performance. I will also be involved in a number of different studio projects this year but my priority for 2014 is the release of my debut album this summer.

3.    April 2013, your first EP: could you describe to the audience that doesn’t know you the music you are playing and composing?

My music can be viewed in a number of ways. If you are familiar with the music of my mother it is easier to see some of the influences within my music. When I have played the album for a number of different people who are not familiar with Clannad or my mother they all seem to take away different messages and feelings from the music. I quite like this reaction as I want my music to affect everyone in different ways. The songs that I have written are very personal and I think that they are relatable to situations that everyone finds themselves in at different stages of life. In terms of what genre my music is, I would definitely classify it in the acoustic folk category, although a few people have told me that they think I write pop songs and then intertwine that with a mix of Irish/folk sounds. This is probably due to my other influences from rock/indie. To be honest I prefer hearing how other people describe my music than trying to describe it myself!

4.    What kind of music does Aisling like to hear? What is on your CD reader or MP3 player right now? Any suggestions even about artists you are producing?

My musical taste seems to differ every day; it all depends on what I’m doing at the time and how I’m feeling. If I’m with my friends, we like listening to pop music like Lady Gaga, Rihanna and other such artists, or even dance music; I’m a huge fan of acts like The Jane Doze and Knife Party. But if I’m at the gym or travelling I like to listen to rock or pop-punk, for example bands like A Day to Remember or The Wonder Years. In terms of Irish music there is a major uprising of singer/songwriters from Ireland happening at the moment, and in particular, female artists from Ireland. I have a few young Irish artists featuring on my new album, and it is just incredible to see some of the talent these kids have. I just released my first music video that features a very talented good friend of mine, Euan Murphy (a.k.a I Am The Only), and I’ve been producing his debut album with him for the last 3 years. The debut of many young Irish talents is going to get very exciting in the next couple of years.

5.    We love to speak and write about Irish culture, generally speaking. Any suggestions about books or writers from the Emerald Island to help a foreigner to understand you, Irish people, better?

There are a lot of really good writers in Ireland at the moment. Colum McCann is a really amazing Irish writer, I’m in the middle of reading his book “Transatlantic” at the moment and I would recommend it for anyone wanting to learn a bit about Irish culture. There is a lot to be said for Irish comedy as well; comedians like Dara O’Briain, Dylan Moran and Ed Byrne etc. have really been showing the rest of the world that even though Ireland has been going through a hard time the last couple of years, that we still just want to laugh and have a good time.

6.    Italy – Ireland: it seems there is a special bond between these 2 countries (at least from our point of view), probably beginning with our forefathers who immigrated in America. Thinking of Italy, what does come to your mind? What do you know, like (or not) of this country?

I was in Italy about seven or eight years ago with my family on holidays, and it is a stunning country. We were camping about three hours outside of Rome, and the scenery was just beautiful. The weather was a lot more desirable compared to Irish weather as well! I also went to a Celtic festival in Italy around five years ago. I can’t remember where exactly, but I had so much fun! And of course, the food was incredible! The Italian people strike me as very passionate people with a lot of culture, so I’m very much looking forward to bringing my music to Italy in the near future!

7.    Projects for your future? Where would you like to see your music progress?

I’m currently working on several projects, but the most important one will be the release of my album as that is what I will be focusing on the most this year. We are hoping for a release this July, although this is not set in stone. But when we have an official release date, it will be posted on all my social media sites, so look out on facebook.com/AislingJarvismusic or twitter.com/_Aisling_ We are also working on a website at the moment which will be www.aislingjarvis.com. I would love to see my music progress in such a way that it is internationally recognised! I believe that is the hope of all musicians. But I would love to see my music reach people all around the world, and I can’t wait for a time when I am able to travel the world with my music. I don’t think there is anything better as a songwriter than standing up on stage and hearing people you’ve never met singing your songs back to you. That will be an over-whelming feeling!