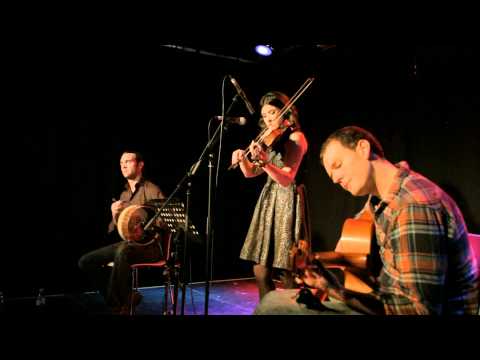 For our second appointment with the Present and Future of Irish Music, we meet Bernadette Morris, born in Dungannon, Co. Tyrone, and currently based in Belfast. Her debut album ‘All the Ways you Wander’ has received critical acclaim and won her a larger audience; it has been produced by Seán Óg Graham of Beoga and it has a rich mix of old traditional songs brought back to life and contemporary songs from the writing of Barry Kerr and John Spillane.

Paul Brady (!) has written about her: “Of the younger up and coming artists’ records in the Irish traditional vein, Bernadette Morris’ CD ‘All The Ways you Wander’ is one of the best this year. Bernadette’s sweet pure voice rings clear above the rich and diverse arrangements, on a well-chosen collection of songs, both traditional and contemporary.”

Let’s try to know her better and to introduce her music to the Italian audience:

I have been influenced by lots of different teachers and singers.  I have always admired the singers  – Dolores Keane, Paul Brady, Nanci Griffith, John Spillane, Kate Rusby and Cara Dillon.  I also have had help from song collectors Brian Mullen and Sean Corcoran and indirectly from Cathal McConnell’s book of songs.

Donal Lunny advised me to look for older songs – that had not been recorded for many  years and to search the archives – I spent a day at the Irish Traditional Music Archives in Dublin which opened a few avenues.  Brian Mullen suggested a good few songs and I bought Cathal McConnell’s book of songs and found a couple of gems there.  I love songs that tell a story and have some emotional content.

I enjoy singing so much that I decided it was only fair to myself to give it a proper try and by going freelance it allowed me to spend more time working on the music.

I have a wide range of music on my ipod – lots of Paul Brady, Kate Rusby, John Spillane but also people like Ben Howard and Ed Sheeran and Beyonce!

I am not a big reader of factual books but I do love Seamus Heaney’s poetry and Barry Kerr writes the most amazing songs about Ireland and Irish culture.  One of his songs ‘The Leaving Song’ appears on my album.

Wonderful food, great shoes, fashion, beautiful scenery – its all good and I hope to come out to Italy to play some music at some stage – all invitations welcome!

I’ve got married last Friday the 2nd August so I would like to be a good wife and hopefully a good mother in time and able to continue singing songs at festivals and concerts in Ireland and further afield!