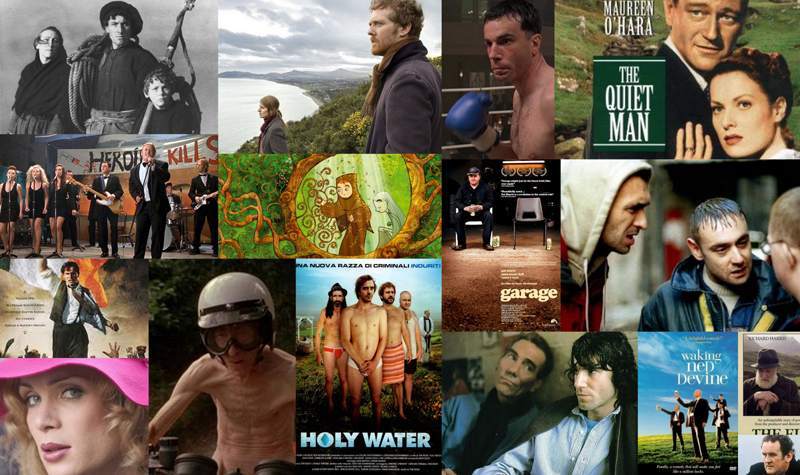 From books to the silver screen: Italish meets Cathal Black

We have had the opportunity to meet at IFI in Dublin Cathal Black, Co-director at Nightingale Films Ltd. Cathal is director, producer and screenwriter and he is working right now on two very interesting projects from books.

Cathal’s work has been involved with movies from books previously: his Korea (1995) is from a John McGahern‘s short story.

He produced Irish Folk Furniture, a short animation by Tony Donoghue, winner of the Premier Award at Sundance Film Festival 2013, and most recently at the Melbourne Film Festival.

Thank you to be here with Italish, Cathal. What’s interesting is that Italish is so involved with Irish books and… you too are! You directed Korea, from a John McGahern’s short story, you are working right now about two important projects coming out from Irish literature.

– Yes. One is an original idea from John Banville. The other, Julius Winesome, is very strange because it comes from… It’s from an Irishmen used to live in New York, he is now a professor of English. I believe that some of the best material (for cinema) comes from literature or from theatre, sometimes I’m very interested in playwrights. The reason is the body of work, the experience behind these people [the writers]. I need from them the “show me the trick”, show me the structure…

– Sometimes to make a film you have almost to take out the shock of the short story. And the story is about a man who wants save his son…

And the story is, again, like in Joyce, about fathers and sons, a very frequent topic in Irish literature. Not only in Joyce, if you want in The Commitments too, with Jimmy Jr dealing with Jimmy Sr, or in Banville’s books too: there are very tormented fathers.

– And even in Banville’s “other name” books. The main character, Quirke, is an absent father.

He is a good… not-father…

– Yes! He is well intentioned. But he is a disaster…

And Quirke will have now the face of Gabriel Byrne in the BBC series (we hope to have it in Italy sooner or later).

[Cathal smiles] – Well. He has a passion for screenplays. And we work a lot via e-mail. He sent me the script of The Sea too.

But what can you tell us about Harm’s Way?

– Well, during the WWII there was this myth, or story, that the Royal Family may have sent the two would be princess, Margaret and Elizabeth, to Ireland, even if Ireland was neutral, and they stayed in a house in Tipperary. Well, we don’t know how long they stayed, and whether the story is completely true, but this is the Banville’s story, that they came to Ireland, while England was bombed, but they bring on themselves a sort of danger…

… because somehow it’s an “enemy” Country…

Intriguing, for sure. Meanwhile, Julius Winesome is a so strange, so deep, so sad story. How did you approach it?

– Well, the structure is quite strange because there are different timelines. We decided to revolve (the story) about to see what is the relationship and the death on the dog, and the challenge was not to simply show “he just went crazy because…”. He becomes crazy because people doesn’t leave him alone.

It’s a sort of call for loneliness.

– It’s a difficult novel to take on, and novels are there (to be taken on).

We can try a parallel between how good is the literature in Ireland right now, and how the movie industry is going. There is for sure a “nouvelle vague” of Irish movies: Adamson with What Richard Did, or Jump. Adam & Paul, connecting us again to Joyce: it is like Ulysses…, and What Richard Did is from a book, again. So also the “new” Irish cinema is deeply involved in Irish literature. The McDonagh brothers and their links to pop culture. We have on Italish a lot of attention to Martin McDonagh’s work. What do you think about them, about their work?

– Martin’s theatre is very interesting, he is tricky as he is an English coming from Ireland, and he has a very Irish dark humour. I haven’t seen Seven Psychopaths and I really enjoyed Six Shooters. It’s funny and very anarchic. I didn’t like In Bruges.

– I think it’s a sort of pastiche . It hasn’t the integrity of Six Shooters. In Bruges is a collection of ideas that don’t stick.

Back to Harm’s Way and  Julius Winesome…

– There is of interest in the story and the scripts. Harm’s Way will be almost completely set in Ireland, while Julius Winesome is set in Canada. They should be out in 1 year and half probably.

And maybe we’ll meet again to ask you more! Thank you Cathal.

Massimiliano "Q-ROB" Roveri writes on and about Internet since 1997. A philosopher lent to the IT world blogs, shares (and teaches how to blog and share) between Ireland and Italy.
@MassiMaxRov
Previous Week of the Italian Language in the World in Dublin
Next Libri e film d’Irlanda: Cathal Black