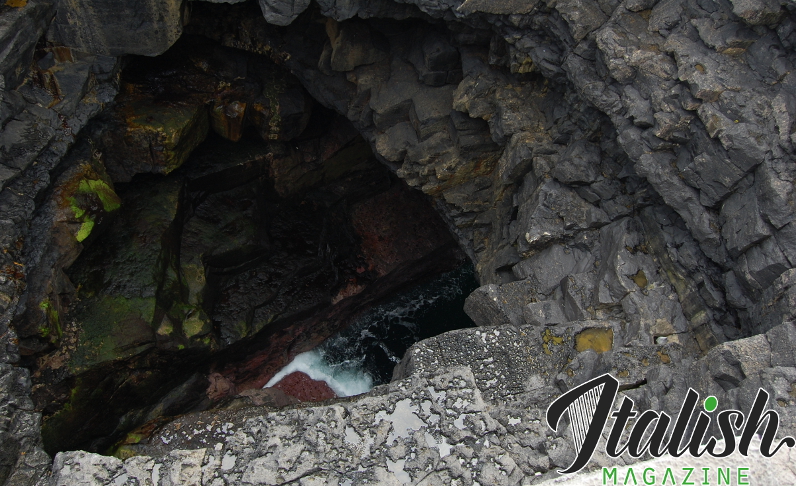 Where the Clouds are Born: an imagination of Puffing Hole

It’s named the Puffing Hole: the hole that snorts. It is one of the miracles of Àrainn’s west coast.

The sea penetrated the rock for tens of yards and, perhaps finding a hollow area, led to a fall, creating a gap through which the sea rises inside the rock, up to the sky.

The balance is striking.

The sea climbs up, the rain falls down the steps of rock made perfect by nature.

You can feel Earth’s breath.

The rock, the sea, the sky – this is where the clouds are born.

The thundering waves of the ocean find their way into the rocky gully, crashing on the top of the cliffside.

The sea, which wants to destroy the rock, hits the rock with billions of billions of drops. The force the sea gains from the sky and the wind makes the drops leave the crag.

It is, maybe, a metaphor for the afterlife: a few drops (a minority) make it.

Most of the drops fall back from the rock to the sea.

Perhaps Ireland is so rainy (but is it?) just because the whole of the clouds around the planet are born there: on Àrainn, from the Puffing Hole.

I just had to look into the abyss, my eyes opposite the sea, to understand.

It has been easy to see how the clouds have their birth there, because the drops came up to me and to the sky behind me, and maybe in a cloud there is a reflection of me, that cloud born exactly when I was there.

Àrainn is inhabited by thousands of years of pain. And Àrainn is, somehow, an enigma: apparently it doesn’t make any sense that humans are stubborn and live in an objectively hostile place without destroying it, without distorting it (for how long?), but finding a way to live in balance with nature.

On Àrainn men used the stone with the stone, they created the ground with sand and seaweed: from nature to nature. It makes no sense: it’s so difficult imagine a different way to approach the nature, an approach that is not, simply, destroy the nature, but live with the nature.

But human beings haven’t been ever those of the ‘here and now’, those of the one God, the conquerors and destroyers against plants, trees, animals.

Maybe the inhabitants of Àrainn are still the keepers of the ancient shrine of the clouds. Different humans, humans of a humanity which exists no more.

A true, and deeper, and stronger humanity, a humanity that relates to the nature, to the environment. It is easy to imagine that generations wonder “Why are we here?” and answer themselves, looking each other, smiling, after they saw the birth of another cloud.

Special thanks to Emily Herzlin for editing! 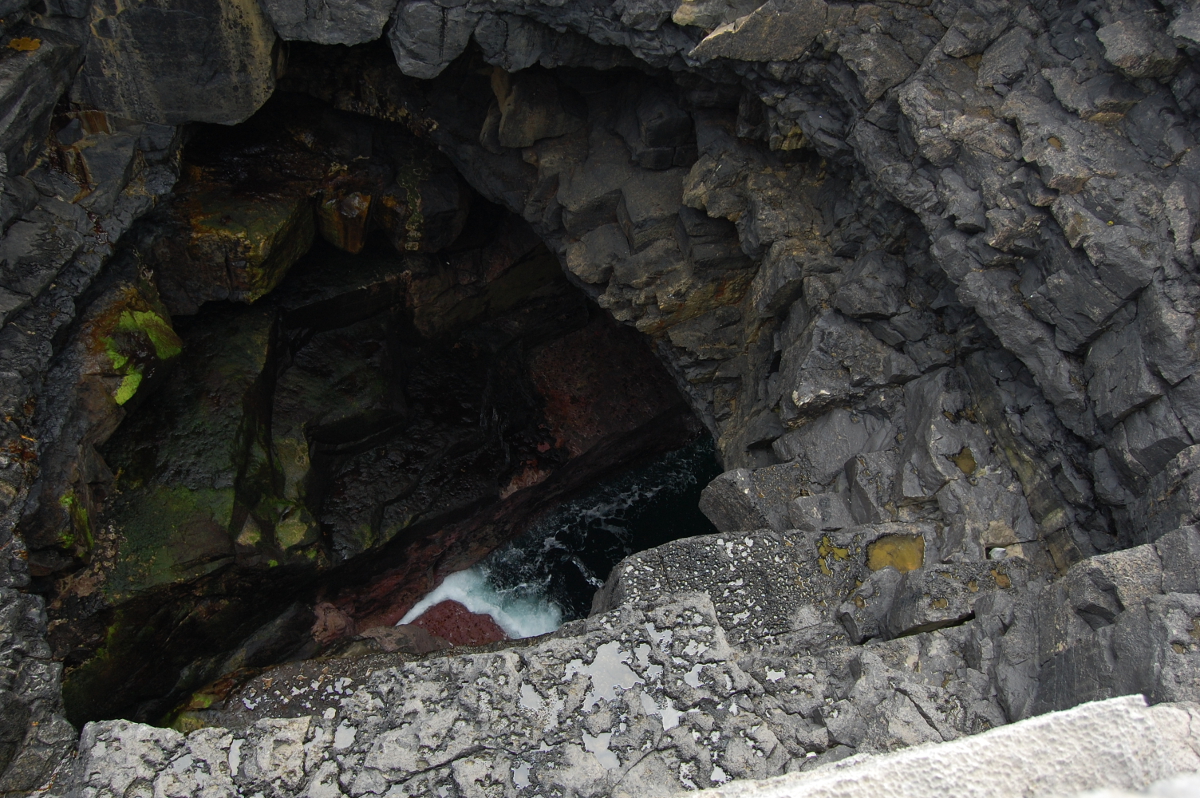