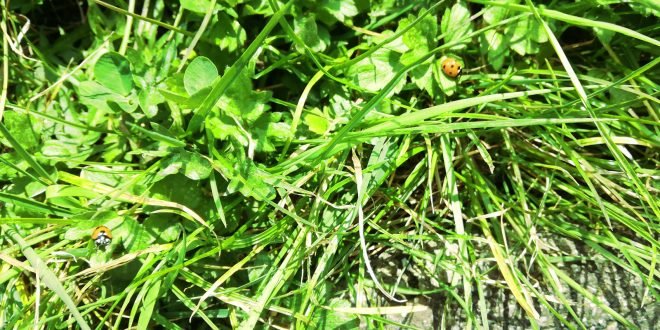 The ghost of Finglas past

The ghost of Finglas past

An Italo-Irish writer in lock down

I am not superstitious, but it’s the fourth leap year in a row to brew up as utter sh*te… Spectacularly, this time.

People around me. Masks on their faces. My project is dead.
The only thing I can do is to go back home.

Dublin is my home.

I always loved it that in English you say “houses” and “homes”. I never felt at home in the country where I was born.

In Ireland.
In Dublin.
In Finglas.

Since the beginning of this love story (and all stories are love stories, right?) I loved the idea that Aisling agus Saoirse, Dream and Freedom, Sogno e Libertà, can walk these streets. Take those buses…

It is the early hours of March 1st when I leave the Aerphort.
I know as many words as Gaeilge as there are signs in the airport. Bagaiste. Slí Amach. The airport, road signs, bus stops.
I love the denotation of stradbhaile and bándearg. A terseness that doesn’t sound Irish, but nonetheless… And I love the sound of the Broadstone Depot stop: Iosta na cluiche leithne. I fucking love the sound of it.

I do not live in Finglas anymore. I live in another part of the city altogether. In a house.
And a very small one. It’s a studio apartment, according to Daft.ie…

It’s later than 1am. I am tired. The taxi leaves me in front of the house.
But wait, I can’t find the house. I start thinking that the driver left me in the wrong street. That the driver is taking the piss of me. I go for my phone. GoogleMaps never lies.
I am in the right, wrong, place.
The house is there.
I just don’t want to be here.

I had to leave the granny flat when the landlord died.
The landlord, the gentleman.
The friend.

That was a couple of years ago now. I still had a home, back then. I saw on Facebook an aerial picture of the centre of the village in the late ’70s.

In it, I could see my garden.

What I couldn’t see – because it didn’t yet exist – was the corner where I’d restored the flowerbed ( the one that got lost after the death of the landlord’s wife. The one the landlord was delighted to have back because of my gardening).

In that photo you could see the soccer goal posts painted on the wall.

It was mind blowing.

I could imagine the landlord’s children – let’s name them Deco and Stevo – there. I can see the younger versions of the adults I later meet. A blend of their earlier selves as kids, and now their older, current selves; and there are bits of Paddy Clarke here, too..

It was inevitable. Yer man from Greendale Community School has to come on stage now.

Once upon a time in Finglas I spotted in the garden of my home a kid, who had climbed the wall to get through, between the public ground and the no man’s land of the Credit Union back garden.

I wasn’t angry, and, surprisingly, I wasn’t even surprised.

It was just, somehow, something I had experienced already. That is the very personal, and sometimes weird connection I have with Yer man’s bukes: sometimes it’s moving, sometimes sad. It’s as though these are memories I’ve been waiting for, insights into myself I couldn’t fathom in any other way.
I have to say all this stuff is, in the end of the day, even completely independent from the actual writer and even from the quality of the writing. It is simply a very strange thing that has happened to me in my life. Strange in a pleasant, positive way. Nonetheless, while I do think the Barrytown Trilogy and the Paula Spencer novels are fucking masterpieces, I’ll never forgive Yer man for the last pages of “Smile”…).

And now let’s bring on another national treasure.
Mr B..

One of my favourite quotes from Mr B. is:

The past beats inside me as a second heart.

Well, it’s very strange indeed that it applies to me a lot, but through another writer, and, frankly, I can’t imagine a writer more different from Yer man than Mr B.! The characters, the stories, the set: nothing in common between the two of them. Yet, to me, those two completely different writers, those two completely different geniuses, overlap each other. I have even merged them in another thing I wrote, making a Nobel prize Frankenstein out of the two of them…

And, well, my second heart – and I definitely do not know why, in the end – is Irish.

I wrote five books. All of them are set in Ireland. In Dublin, mostly. You have Gardaí in them. And pubs, of course. And lost souls. And books, of course. A very nice review told something about deconstructing the stereotypes of Irishness.

My second heart, the (he)art of the writer, is Irish.
The sense of belonging and the creativity are to me the very same thing. They work in unison. Like the Ainur.

I haven’t been able to write during the lockdown.
Until today.

Meanwhile the sense of belonging and stupid pride that I have been feeling in these strange times is something between weird, moving; sometimes even embarrassing.

Because, I mean, really: you should never ever be proud of Varadkar, even if he quotes Heaney…

I loved having been in the position to hear his art (Heaney’s, not Leo’s…) from himself, in 2009.
I remember him blathering something about the need of Bushmill to calm his nerves in front of the audience.
I will never thank him enough for Blackberry Picking.

Someone I “met”, someone I could relate to (he translated Beowulf too, making him closer to one of the few non – Irish Gods of my personal Olympus: Tolkien).

My second heart is Irish.

But the program about supporting local causes, started from Ballybough (the cupcakes having the same treatment of the chips in The Van to ice the top. I hope no one ended up with diarrhea in Croke Park that day…), then visiting West Clare (a sea that could scare the shite out of you even just as background on TV), was moving, for me.

Not to mention the music from Colm, or from Glen, just yesterday. He said “me ma”, again… It’s so funny it’s how we actually call our mas where I was born.

My second heart is Irish.
And that is the new me’s one.

In my seventh year here in Dublin, it is not the first time I say the “Irish” one is a better version of me.

And a bit luckier, even after the series of shitstorms we had to face in the last year.
As if we hadn’t to face years and years of relentless shitstorms…

I spent the best year of my life in Finglas.
The Barrytown with an Entish name.

I spent one of the worst days in my life in Finglas, almost exactly one year ago.
When the landlord died. When the gentleman died.
When my friend died.

I am going to be a Southsider soon.
I don’t know how I will spend my time on the other side. I know indeed I felt almost guilty confessing my southsiderization, yesterday, to Deco…

But it is going to be the best possible version of me, the one who is going to live there.
And the luckier one. Long story cut short, and I won’t say a single word more on that: my relocation involves Beckett (another God of my personal Olympus, with an Irish passport until the very end) and my new home will be not far from Cooldrinagh.
So: it’s the kind of luck you deserve.

I would never ever be able to go back again where I do not belong.
I can’t even imagine a lockdown with no Marty Morrissey, Yer man, Mr B., Beckett – even Leo! – in my life.

We’ll be grand. Not even by choice: it comes with Irishness. The next leap year will find us braced.
And in Dublin.