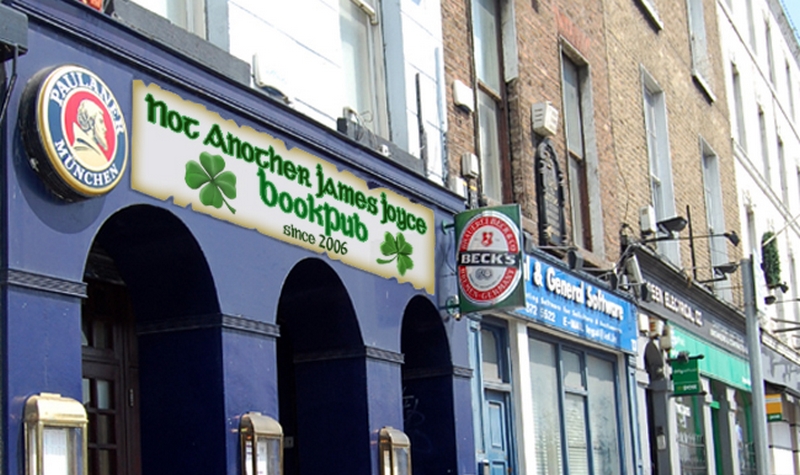 The Day We Met Roddy Doyle by Max O’Rover (with many, many spoilers)

The Day We Met Roddy Doyle by Max O’Rover

The Day We Met Roddy Doyle is a tribute to Irish literature and to Ireland itself, but it is also a journey, spiritual and physical, of four people who for some reason or the other suffer pain, uncertainty, but above all cherish wishes and dreams to achieve. And an umbilical cord that links them to Ireland.

Structured on three narrative levels (story, reality, hyper-reality), which are declined according to the characters’ point of view, the novel has Massimo, a partly autobiographical character, as its backbone, and who, being the typical product of an alienating society, sees in Ireland a love, a goal, a cure.

Just about Bloomsday Massimo gets invited to Dublin for a job interview in the area of online games: if he gets hired he could, finally, move to Ireland. Anyway Massimo, who is a creative spirit in the first place, leaves for Dublin taking his stories with him, intent to “sell” them, along with the Guinness card game he has created.

Robert, known to his friends as Bob, is an Irish immigrated to Italy, who runs a pub (or better, who ran a pub, given that the pub is on sale and on the brink of bankruptcy) that for Massimo represented a sort of “little Ireland” where he could take refuge. Aoife, who hates the word “legendary” and names herself Laura, is the daughter of Bob and an Italian woman.

Bob, whose father just died, leaves for Dublin in the same period as Massimo. Laura / Aoife has promised to join him there for the funeral. In fact, Laura wants to be in Dublin to meet with Patrick, an Irish boy with whom she had (for now only) virtual sex.

In Dublin there’s also Deirdre Doyle, a girl who works at the Guinness Store at airport and who hates the Guinness because she holds it responsible for her father’s alcoholism and therefore for the most of her family’s disasters.

The characters in the story, accompanied by the elements of Celtic mythology and by the literary-dreamlike interludes of Massimo, will be linked by the beer (which is the Devil and Madonna to turn to, the anchor of salvation and a sea of drowning at the same time) and a… book:

The Woman Who Walked into Doors.

It happens to be that Patrick has sold a signed copy of the book (which he had stolen from his father, policeman and friend of Roddy Doyle’s agent) to Cathach Books, Dublin shop of rare books and special editions.

Massimo buys just the same book as a gift to his wife with the idea to get the author to write a dedication during the presentation of his new novel (the third of the Paula Spencer trilogy).

Deirdre is obsessed by the same book because it reminds her of her own story, so much that she writes, and then repents for having written, a raving threatening letter to Roddy Doyle.

Aoife / Laura, when she gets to know that Patrick has sold the book, flies into a rage because she is a Roddy Doyle’s fan (although the earrings that Patrick gave her as present, and which are bought with the money that he gained by selling the book, are somehow “magical” and linked to her ancestral forefathers).

Amidst the funeral of Bob’s father, the adventures and misadventures of Patrick with unbiased Aoife / Laura and a memorable victory of Ireland vs All Blacks, the characters get together at the presentation of the book by Roddy. Everything will go wrong and Massimo and Deirdre will even get nailed by the Garda.

Released from the jail, thanks to the good word from Bob to Patrick’s policeman father, Deirdre and Massimo are then to meet again with Bob and others at the pub, to drown their sorrows in Guinness and to plan their future as well: what could result from uniting literature and irish pub in the Not Another James Joyce BookPub?

A year later, on Bloomsday, Roddy Doyle enters the BookPub for a Guinness and is presented with three copies of The Woman Who Walked into Doors to be signed: one for Massimo’s wife, one for Laura / Aoife and one for Deirdre.

Right now the book is in Italian and under translation in English. Please let me know if you are interested in the story to write a script from it or for publication.