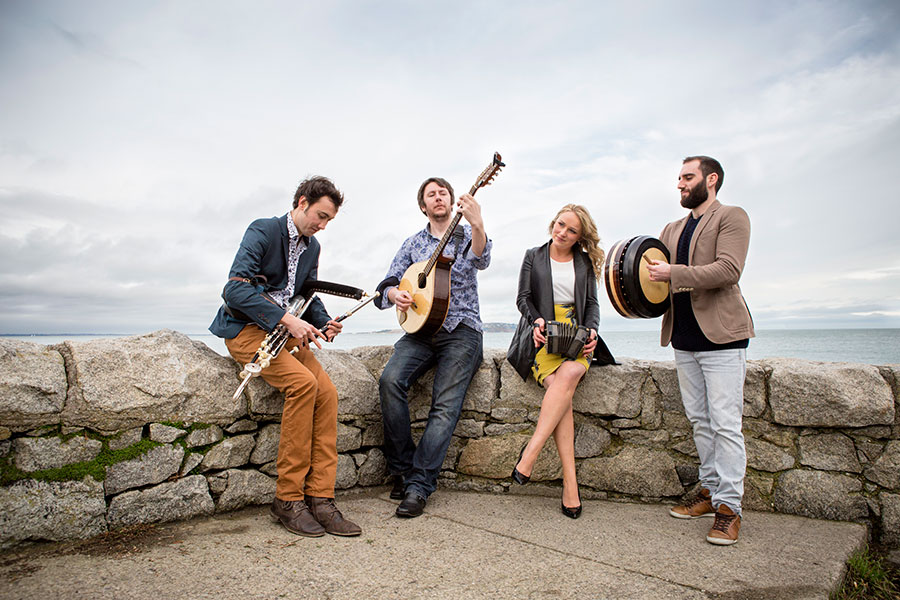 Four Winds is an Irish traditional music band that got together in 2013. The idea of forming a band had been in all four members mind for a while.

Caroline Keane and Tom Delany had previously toured and recorded their EP “Framework” together while Daoiri Farrell and Robbie Walsh had been performing and travelling internationally with various bands such as Blasta and The Daoiri Farrell Band. In the meantime Caroline and Daoiri also played together in Solid Clarity. It was only a matter of time until the four of them joined forces to create the unique sound that is Four Winds. 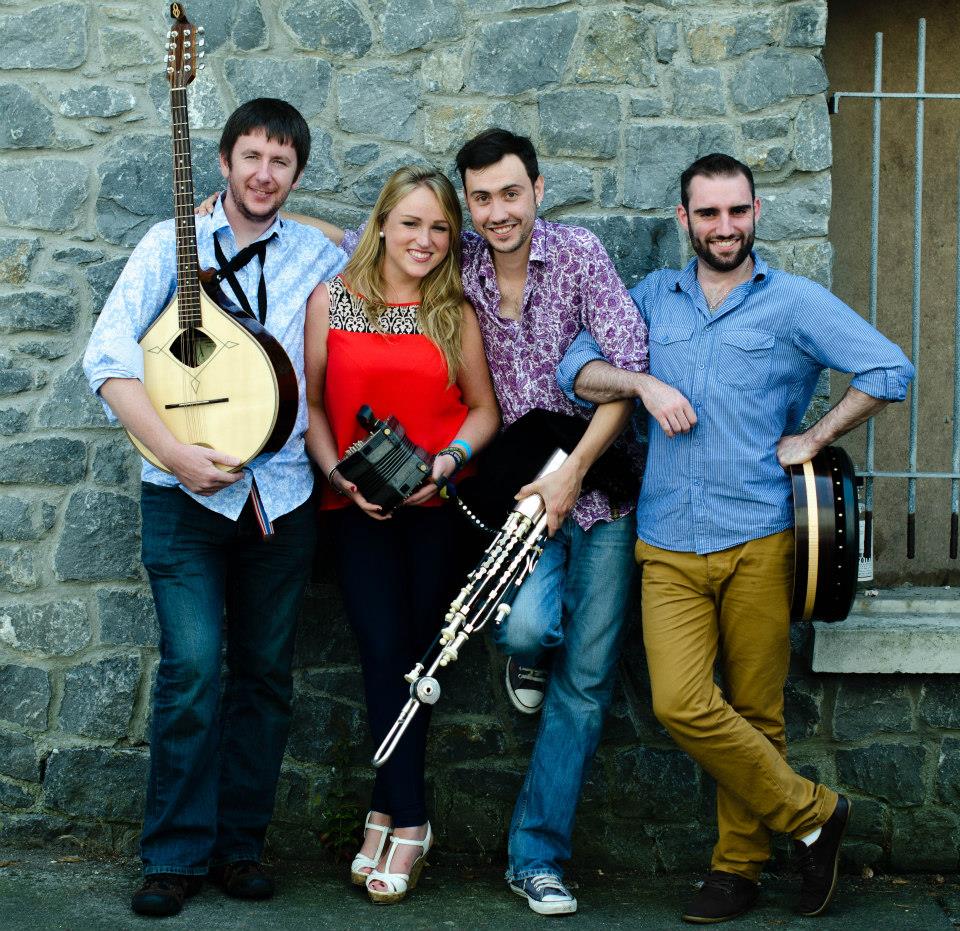 The band consists of:

Caroline Keane (concertina) From a young age, Caroline was exposed to the richness of West Limerick and Sliabh Luachra traditional music, an influence which has become the cornerstone of her uniquely vibrant, passionate and emotive style of concertina playing.

Robbie Walsh (bodhran, percussions and backing vocals) Robbie is a bodhran player hailing from Dublin. He won the all Ireland bodhran title in 2008 were he then went on to become a Full time musician. The art of the drum was passed on by his uncle. His powerful modern style is one of the foundations of the sound of the band.

Tom Delany (uilleann pipes and whistles) With an Irish father and French mother, Tom gained his musicality through osmosis, born and raised in a rich environment of Irish music. Inspired by the traveling style of piping, his rhythmic playing is powerful and daring.

We have met Caroline to ask her to introduce us the group and their frist album.

Caroline, can you explain us something about how this new band was formed? 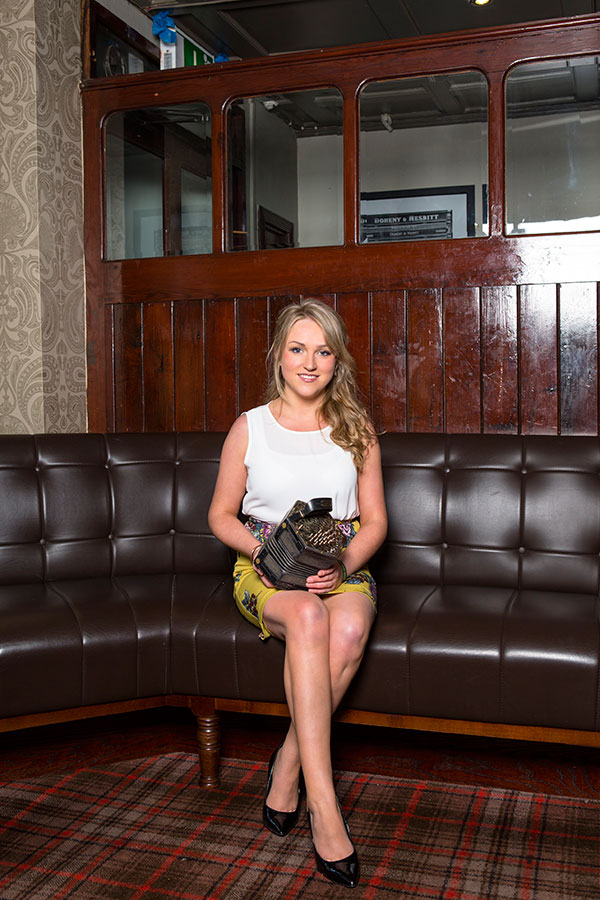 FourWinds has been playing as a band for the past year and a half. However Daoiri, Tom, Caroline and Robbie have all been friends and played together for at least six years. Robbie and Daoiri, both Dublin natives met Tom while studying at University College Dublin in 2009 and Caroline the following summer, when she moved to Dublin to work in the Irish Traditional Music Archives. A couple of years later, Daoiri and Tom studied the Masters in Irish Music Performance at the Irish World Academy of Music and Dance while Caroline completed her Professional Diploma in Education. We had all stayed great friends over the years and looked forward to the opportunity to play together whenever we happened to meet. December 2014, we decided “right, that’s it, we’re forming a band and it’ll be epic”, so we did and we’re currently in the process of working towards being ‘epic’.

It’s sometimes difficult to get the band together as we’re all living in different parts of the country, hence it took us a year to get the album finished but when we do get together it makes it all the better.

Would you like to tell us about the tunes you selected for the album? What did you choose and why?

Every tune and song on the album means something personal to us, either individually or as a group. Much of the traditional material are tune and songs we learned growing up, such as Comb your Hair and Curl it, which Caroline learned as a child and Tom learned Parnell’s March from local musicians since moving to Clare. Some of the tunes are also compositions, Caroline wrote ‘The Piper’s Patience’ and ‘The Black Valley Reel’.

Deeply rooted in the tradition they produce an exciting landscape of tunes and lyrics that reflects their love for Irish traditional music without ignoring modernity and creativity.Their influences extend from Begley and Cooney, The Bothy Band, Planxty, Brady and Irvine, Moving Hearts to Pink Floyd or Elvis. Worthy to be listened…
If you like to get more information, you can vist their brand new website.

And, as always, while we greet Caroline, we hope to meet them here in Italy, and to listen to their music again. 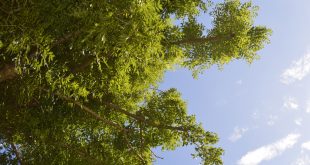 A Garden in Blackrock: a diary. Maybe. 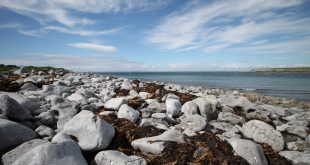 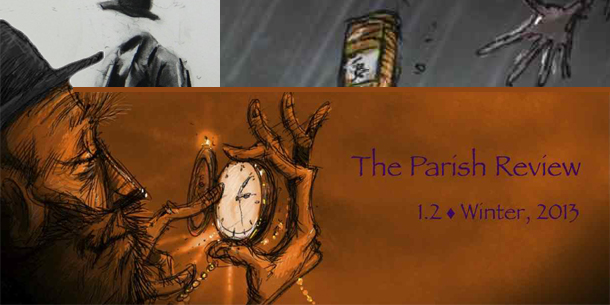 Many Myles to go: Paul Fagan about Flann O’Brien

We are very happy to have on Italish Magazine Paul Fagan, Lecturer in British Literature …