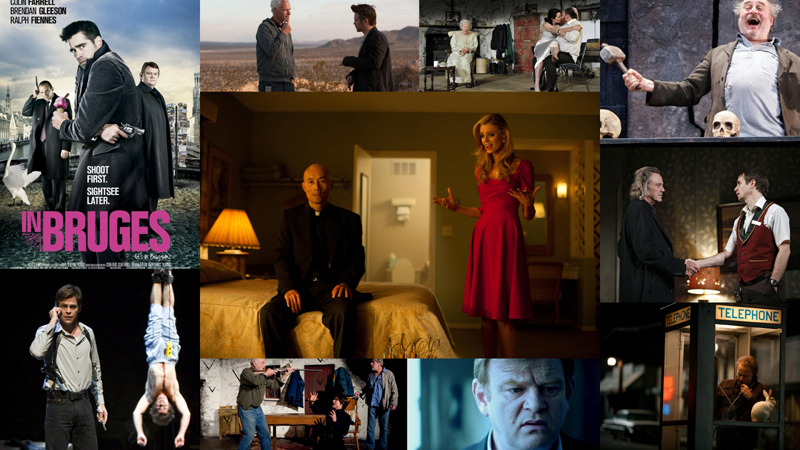 Another “McDonagh’s file” about the relationship between Beckett and Martin McDonagh, on one of the thorniest issue.

Being alive is for Samuel Beckett the original sin.

This is the reason why in Beckett’s works transpires his hatred for children, crystallized in the famous quote from All That Fall:

Did you ever wish to kill a child? … Nip some young doom in the bud.

McDonagh often faces in his work the same issue, but, in my humble opinion, with a very different approach.

Samuel Beckett – All That Fall

The essay’s thesis is that Beckett’s hatred for children is an intrinsic element of the Beckettian aesthetic and ethic.

A statement that is both philosophical and personal, because, in the end, the so-hated child is Beckett himself, seen through the telescope of time by the older Beckett.

He, as an adult, has known and experienced the burden of life: he finally knows the pain of life and he hates the child that he was, not per se, but because he envies him because the he-child is still unaware of the pain of life.

And because the he-child had no other choice than live that life (the paradox epitomized by the famous I can’t go on, I’ll go on quote).

At first sight children, sons and daughters do not seem to have a better fate in Martin McDonagh’s work than in Beckett’s: the raped and murdered daughter of Hans and Myra in Seven Psychopaths, the In Bruges’ little boy. But it’s in The Pillowman that the situation becomes extreme.

The Pillowman’s main character, Katurian, has been abused as child (an abuse started naming him: Katurian K. Katurian. Where “K.” stands for Katurian…) and, when he has become a writer, he writes only about abused children.

This is what Ariel, the policeman who is interrogating Katurian, tells us about Katurian’s stories:

And it is so at first glance: in The Tale of the Town on the River (even if, already in this case, there is a “good” reason for the evil that happens to the children) in The Little Apple Men, in the autobiographical (from Katurian’s perspective) The Writer and the Writer’s Brother, and in The Little Jesus, it seems there is no hope for children, in Martin McDonagh’s work either.

Nevertheless, differences between Beckett and McDonagh exist, and they are substantial.

In McDonagh the hope (a christian hope, maybe?) is still there.

McDonagh doesn’t look at children with hatred. Hope has been hidden (hidden in a masterly way, in The Pillowman!) but it is there.

The difference between Beckett and McDonagh is the result of the attitude towards the future: the future for McDonagh is, and has, hope.

It’s not accidental that the Pillowman’s (as a character and as a function) absolute sadness is mitigated by what is, finally, the happy ending of the work.

As McDonagh asserts in another work, life per se (as it is opposed to suicide in The Lonesome West) has within itself the seeds of hope.

If, as we suppose, there is a relationship between McDonagh’s and Beckett’s work, maybe the call, the order from Ken to Ray in In Bruges:

Save The Next Boy

is the way in which McDonagh responds to the Schopenhauerian Beckett’s nihilism, with the second chance of christian matrix.

Where Beckett stands with absolute rigour, even – and especially! – against himself, Martin McDonagh relies on the ability to empathetically approach the other, the child with whom we share the pain of living.

Massimiliano "Q-ROB" Roveri writes on and about Internet since 1997. A philosopher lent to the IT world blogs, shares (and teaches how to blog and share) between Ireland and Italy.
@MassiMaxRov
Previous Many Myles to go: Paul Fagan about Flann O’Brien
Next Tom Byrne: not the beauty but the truth

Joyce and Beckett In Bruges with Martin McDonagh