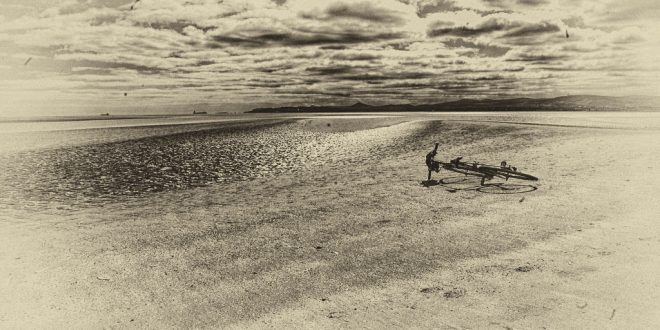 Lost in Dublin? That’s good for you. Trust me.

Next thursday I have an important appointment.

It was months – even years, maybe – that I was playing with this idea of starting to do something good, and something good in the field that I am interested in: writing, Dublin.

Am I actually going to be part of that thing?

It is about the strange Irish ability to tell you a story even just with directions.

Next Thursday, to make it to that important appointment, I have to go somewhere.

I had an email, about the appointment and the somewhere.

In an email it would have been suffcient a “HERE” opening a Google Maps link for the directions to that somewhere. You click, you have your somewhere pinpointed by that sort of reversed drop.

But we are in Ireland…

We are in Dublin: the city that, with the excuse of the directions for the Sandymount train station made a book of itself (yes: that book…).

In that document, that tiny Dublin-city-centre Odissey,  they have been able to squeeze in even a omage to Joyce: you can get to your somewhere walking in Great Denmark Street, with Joyce’s Belvedere College on your left. If you come from O’Connell Street.

A little Dublin Odissey that, of course, quotes a pub. Afterall, according to Joyce, you can’t go through Dublin without stumbling on a pub.

In that 764 words just one single  pub is quoted, but more than one time.

Because the 764 words are not the absolute coordinates to get to your somewhere.

It actually depends. Are you in the Northside already? Are you (shame on you!) in the Southside (get your passport ready, then!)?

Things change as it is a matter of perspective.

But this is not the first time that I have to deal with Dublin directions that are much, much richer that the Google Maps’ zeroes and ones.

Last October we were supposed to meet some friends at their place. The directions had everyting but the name of the street and the number.

They were a lesson about the new Luas, the Phibsboro stadium, a keepsake about the vivid colours of Dublin doors.

Actually it was about books that time too, as one of the friends was a writer.

But it is this very town which makes you to tell your story about yourself looking for a somewhere, looking for your Ithaca.

Lost in Dublin means questioning yourself about where you are actually going. And it is this very city which gives you the tools to be lost again, lost better.

A deceitful grid of places inside other places .

Names that are the same but not quite the same, names that confuse you, because the same street can be the south or the north one (even my street has a southside doppleganger). Otherwise, the Easter Rising hero or the lump of colonialist reminiscence throcks you in a kaleidoscope of road, avenue, square, alley, court, parade, place: even if it is that hero or that British Duke (maybe the one who wanted that hero executed), at the end of the day you can be in the wrong place anyway: you were supposed to be on the road, but this is the alley. This is (not quite, actually…) the place,while you should get to the parade.

To make matters worse, the kaleidoscope acquires a fractal hyperdimensiuon when it comes to the Gaeilge. Road is also bothar, avenue is also ascaill, place is a meh-ish indeed plas.

This way you end up lost in Dublino

You suddenly find yourself lost in Cabra, at night, confessing to the old guy walking the dog that you have no idea of where you are.

Or, again, in Cabra (why am I lost in Cabra?) trying to understand the bookshop – no, it’s a false friend: library, not bookshop is on the left when it was supposed to be on the right (Google Maps fault, again. But I have a paper map, now!).

Once upon a time I had a ugly job in a ugly place.

It was a ugly Sunday afternoon, at the mall. Someone asked me for informations about a GPS.

I replied that I loved the idea of getting lost.