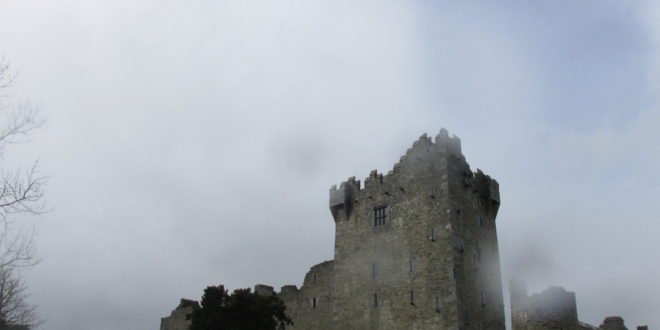 Killarney: in my need of time

She needed some time for herself. From the side of the hotel’s pub she had chosen to drink her first pint in Killarney, she could observe everything and everybody.

On her right elegant Irish people, all dressed up, were celebrating something that in her eyes could have been anything: a wedding, confirmation or birthday, it didn’t really matter. At the bottom of the pub, she could see all the faces getting serious and focused while playing dart. She started imagining the players minds having fast but meticulous calculations and then communicating the best actions to their right arm.

And the entrance of the pub, with its bar and endless beers and on the left another place reserved… yet another dart challenge.

Gold rings, pints, smiles, clapping, still pints, darts, arguments, laughter, concentration, the number 87 on a green t-shirt, the noises when opening and closing the cash register, a rugby flag with a white shamrock, a masked sadness and the wind in the end.

The night wind that, growing aggressive from the lake, started knocking on every door and window of all the houses, hotels and B&B in Killarney.
She didn’t care about how loud the pub was that night, as she could still feel it. Couldn’t explain how, but that ancient wind found the way to reach her in that remote side of the pub.

It was for what is flowing in this Country veins. Its secret history, what the trees whisper to the ears of the ones able to listen, the keys of all the doors ready to be opened, the visions of the old forgotten times, untainted from the written history.

She had to go to the Ross Castle.

Ross Road passes through the Killarney National Park, and meeting deers walking along peacefully isn’t that rare, but she didn’t know that. So she was walking on the way to the castle when gently turned her head and… shouted. It was just a deer, but they both scared each other and started running the opposite way.

Was it the truth?

That she was scared of her roots and a pure gaze? Yes, yes it was, at least in that moment. In that moment she had left the “daily routine” consuming her true self and taking control of her. She was slowly getting away from what she is. So… she stopped.

She came back, walking slowly. She couldn’t know the deer was coming back too, slowly.

Their eyes met again and this time no one got scared. After an untold amount of the time she whispered the deer a greeting and apologies for the previous meeting. It kept staring at her, as if it was resentful, until she left and went back on her way.

She was listening to the Ross Castle tour guide while climbing the tiny stairs of the castle, hearing about its story. Medieval battles, warfare, lifestyle… it wasn’t that interesting.

She was keeping her attention on waiting to hear a second voice, maybe another story, told by the ancient stones that made the castle. But she couldn’t hear anything else.

Once the tour was over, she left and sat down to admire the lake. Her eyes were watering and she started thinking that maybe she had lost. She couldn’t hear anything else. She was dead inside and Ireland wasn’t responding.

“He disappeared in that lake” – Here it is, the whisper!

“He was stuck, so decided to jump into the lake on his horse” – she smiled, her eyes covered by tears… she made it, she was connected with all this again.

It happens that sometimes all what you really are, what you really love, starts being ignored and is left away, alone, going out. But this time Ireland came back and forgave her.

And now that she got her sight back, wasn’t that O’Donoghue on his white horse, the one who was leaving the lake to merge with the rainbow?
She smiled and raise her hand to greet the castle owner and the rainbow, then she started coming back to town. The wind was suggesting that there was a stone asking her attention, close to the St. Mary’s Cathedral: it was the Ogham Stone. 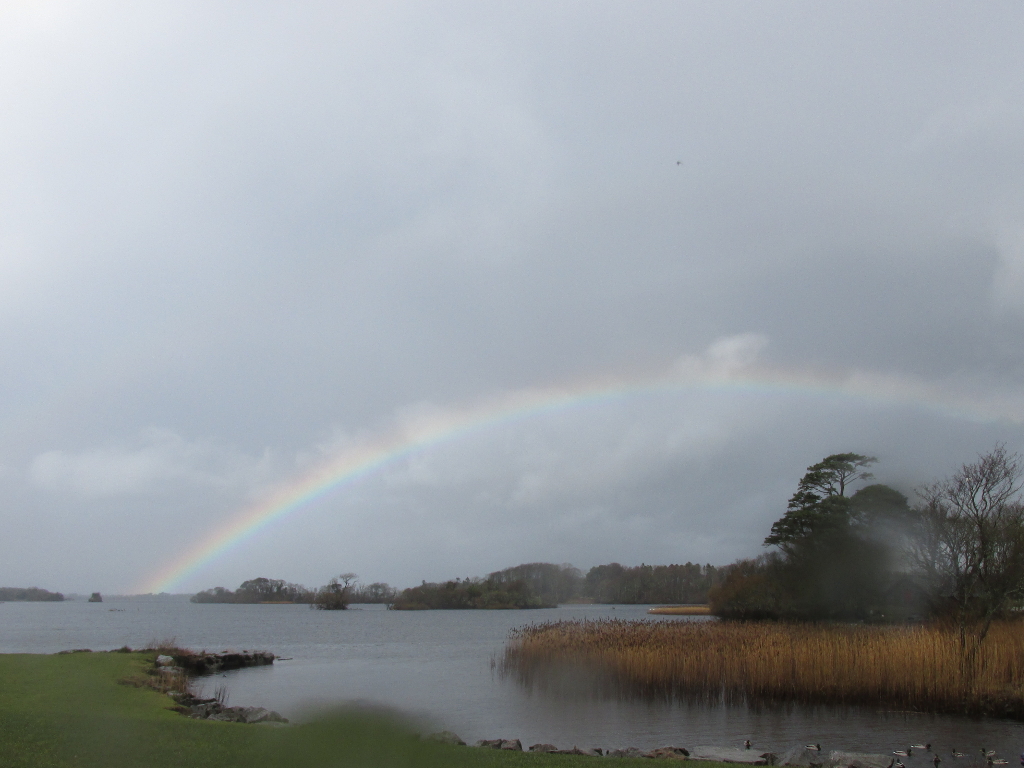