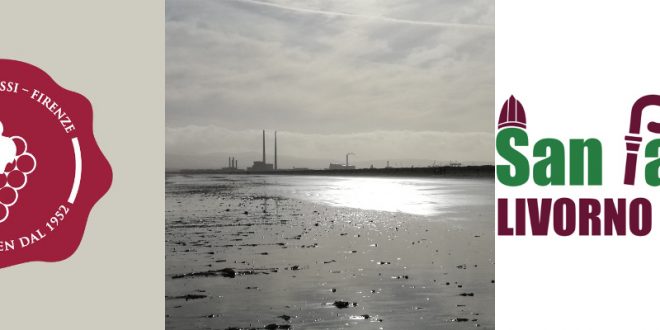 Enoteca Alessi has already teamed up with Italish Magazine for events in the stunning surroundings of Florence. Now Enoteca Alessi is a Sponsor of the San Patrizio Livorno Festival 2019.

Enoteca Alessi has a long history as a wine and spirits shop in Florence. In more recent times, it has followed the great tradition of the caffe letterario – the literary cafe – and has started hosting also literature-related events.

While Catherine Dunne has been a guest of Enoteca Alessi twice, in 2016 and 2018, Marco Vichi will be the guest of honour at an #alessipiu event in December 2018. And so, Inspector Bordelli will appear on his own home turf before visiting the SPLF in March 2019.

Enoteca Alessi – in business since 1952 – will be one of the suppliers to the Ex-Cinema Aurora on the occasion of the San Patrizio Livorno Festival 2019.

Thank you for the support, Enoteca Alessi! Looking forward to more shared endeavours in Livorno, Florence and… Dublin!

Enoteca Alessi (visit site) is located in the heart of the florentine old town, a stone’s throw away from the Duomo.

Since its opening in 1952, it has always been run by the Alessi family.

In the unique area where tastings are held, where ancient vaults and wooden beams frame an incredible selection of grappe, whiskeys and cognac, it is possible to sit, relax and chat while having a superb glass of wine and nibble on a selection of Tuscan cheese and cured meats.

Downstairs, you will discover the wine cellar: a hall of about 300mq where optimum levels of temperature and humidity combine to create the perfect conditions for preserving wine.

Atmospheric lighting completes this magical environment, where we can see over 2,500 varieties of wine.

Massimiliano "Q-ROB" Roveri writes on and about Internet since 1997. A philosopher lent to the IT world blogs, shares (and teaches how to blog and share) between Ireland and Italy.
@MassiMaxRov
Previous Marco Vichi, Italian Guest of Honour of the San Patrizio Livorno 2019 #SPLF with Banville and Dunne
Next San Patrizio Livorno Festival