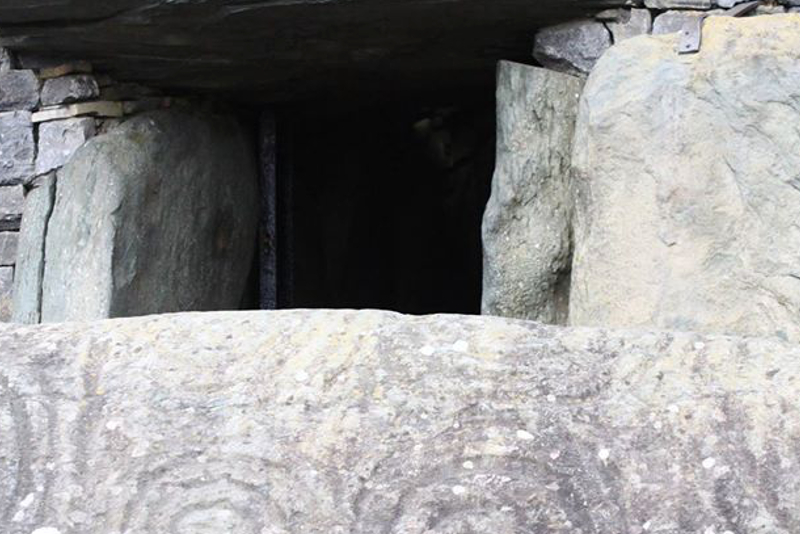 Bheoláin and the Winter Queen

But Bheoláin was a brave and smart lassie. And Bheoláin loved the summer.

For this reason Bheoláin had decided that it was time to give the Winter Queen a lesson.

You need to know that many, many years have passed since when Bheoláin was a girleen. First of all there was no heating, and the cold was not as it is now, but much more intense. So intense that sometimes in winter the birds died frozen while flying. They fell, and the Winter Queen was right there ready to eat them.

There were still the wolves in those days. What wasn’t eaten by the Winter Queen, was eaten by them.

What? The wolves are still here? True. But not in Ireland, and Bheoláin was a little Irish girl.

It seemed impossible that the winter could get back: in high summer it seems that the sun doesn’t want ever to go to sleep. But Bheoláin was now old enough to know that, sooner or later, the summer would be over. Suddenly the shadows of the huts of the village would have been longer and darker.

Suddenly you’d have to wear the cloak again to avoid the chills. Suddenly, she would be back…

Bheoláin was smart enough to understand that a never ending summer would not have been possible or right: the whole world would go mad.

It’s not like Bheoláin didn’t want the winter at all. But she didn’t want such an evil Winter Queen, who seemed to enjoy watching people and animals freezing to death. It wasn’t so much important that she was a goddess: she deserved a lesson, neither more nor less than Bheoláin herself deserved sometimes.

To give the Winter Queen a lesson Bheoláin needed an ally and a bit of magic. The choice of the ally was easy: the sun. As for the magic, that wasn’t a problem: it flowed in the veins of her clan: it was Bheoláin’s uncle, Enda uí Rómhar, who had rediscovered the most magical place in Ireland, the place that would later be called Newgrange.

Day after day, throughout the summer, Bheoláin plotted her plan. Her brother Riobard and the others kids of the village helped, bringing firewood in the three chambers of Newgrange.

Day after day, bundle after bundle, they had filled them. And they had upholstered the walls of the corridor that brings to the chambers with quartz pebbles.

They had stolen wool from the old women of the village and they had coloured it yellow, using gorse flowers. They used the coloured wool to coat the wood in the chambers.

Everything was set for the day of Winter solstice. No, not the day: the night. The longest night of the year.

Bheoláin and Riobard sneaked out of the village. The ice squeaked under their boots. They had a linchpin and the most important thing to bring: the beastly bravery of children.

Bheoláin found the Winter Queen exactly where she was supposed to be: perched on the stone in front of the Newgrange entrance.

– What do you want, human? To be frozen and eaten?

– No, Winter Queen. I am here to tell you a secret.

– Why? And what do you want in change?

– Because I love winter so much, I wish that winter would last forever and I would live with you, in your dún, the very heart of winter. I know where the sun hides. If you promise to keep me with you, I’ll tell you where it is and you can kill it.

– And who can assure you that I will not freeze and eat you after you had revealed the secret to me?

– You can’t, because I am a druid and I cast a geis on you. If you did, you would lose all your power… And you don’t feel a bit lonely in your dún?

– All right, all right… Speak, then! Where is the sun?

– Right here, in the cairn. It sleeps in one of the three chambers. I don’t know which one of them.

Robaird had sneaked into the mound, to light the fire in the chambers. He had come out just in time: Bheoláin and the Winter Queen were entering the mound.

The heat was sucking the air towards the chimneys that the kids had delved during the summer. In the chambers wood and wool were burning.

– Yes, Queen. I am. The sun is here. Don’t you feel the heat? But I don’t know in which one of the three chambers.

The Winter Queen clawed at the door of the left chamber and with her icy breath she blew out the fire.

Bheoláin was behind her. She was feeling the heath, along the dreadful cold emitted by the Queen. Bheoláin was keeping turning around.

The Winter Queen clawed at the door of the right chamber and with her icy breath she blew out the fire.

Bheoláin was behind her. She was feeling the heath, along the dreadful cold emitted by the Queen. Bheoláin was keeping turning around.

The Queen of Winter began to laugh, an ominous icy laughter. She clawed at the door of the central chamber even with more rage and evilness, then…

Then many things happened.

Bheoláin began to run away towards the exit of the mound. The sunlight started to enter the mound and hit at full the back of the Winter Queen. The crystals with which the kids had lined the walls of the corridor were amplifying the light. The laughter of the Winter Queen turned into a cry of anger, then of fear.

No one ever knew what Bheoláin and Riobaird had done that dawn of the winter solstice.

But since then the winters in Ireland were less terrible, and the shamrock a bit greener.