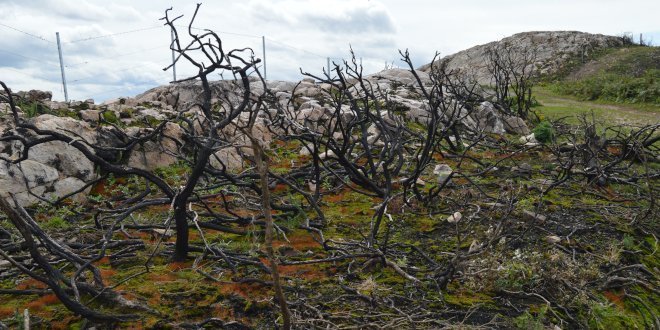 The relationship between Samuel Beckett and Ireland has always been conflicting.

Beckett was part of one of the few Irish Protestant families in Catholic Ireland.

Of Irish, Beckett has always preserved a certain taste for black humor, what he himself called the risus purus or dianoetic laughter, that is, “the laughter that laughs at what is unhappy”.

But all in all Beckett was a fugitive, a fugitive from his tongue and from his land.

His choice to abandon his mother tongue (which some psychoanalysts wanted, perhaps too hastily, to interpret as a desire to abandon his real mother) has produced incredible results, stylistically speaking.

Wanting to find a geographical location at all costs, it is possible to say that Samuel Beckett was “European”, geographically and historically European, yet impossible to lock up into any particular nation.

Samuel Beckett lived most of his life in France, but Ireland is still present in his works as an atavistic model of reference.

My intervention for the 2020 edition of the San Patrizio Livorno Festival is a journey through David Davison’s photographs for the book “The Beckett Country” edited in 1986 by Eoin O’Brien to celebrate Samuel’s 80th birthday Beckett.

O’Brien was introduced to Samuel Beckett in Paris in the early 1970s.

The writer was intrigued by O’Brien’s observation that the growing critical literature on his work (mostly written by non-Irish academics) was failing to recognise his “Irishness” and, as a consequence, his humour.

Thanks to O’Brien work, the topographic references began to take on new meanings. It is now widely accepted that ‘All That Fall’ is set in Foxrock, but what is not so well known is that ‘Happy Days’ may have had its origins in a seaside cove bearing the delightful name of ‘Jack’s Hole’, that one of the climatic episodes in ‘Krapp’s Last Tape’ occurred on Dún Laoghaire pier, and that a case can be made for placing Vladimir and Estragon’s vigil for Godot on the Dublin mountains.