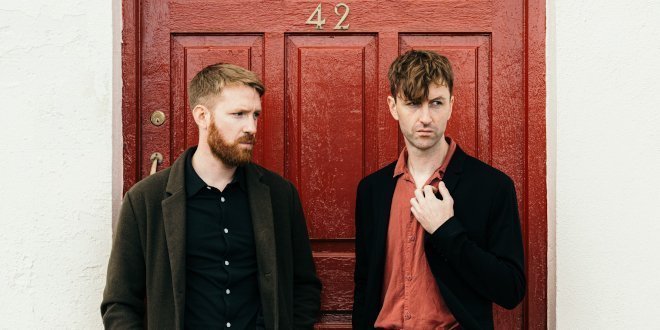 The band came to be in 2016, when brothers Cillian and Lorcan Byrne finally took the plunge and began creating music together.

Since that time the duo has formulated their own unique blend of rhythm and blues with jazz, folk and orchestral harmony.

2016 saw the release of their debut EP ‘Blues in Red,’ receiving both commercial and critical acclaim for the way in which it fused their musical history, experience, and skill with a spontaneous sound that instantly captured the sense of a band confident in their ability as both songwriters and musicians.

Blues in Red was launched with sold out shows across Ireland, culminating in Dublin’s iconic Pepper Canister Church.

Since that time Basciville have cemented their reputation as a must see live act with performances at some of Ireland’s largest music festivals including, Body and Soul, Electric Picnic, All Together Now, Hard Working Class Heroes, as well headline performances throughout Ireland and Europe.

In June 2017, Basciville released of their next piece of music: ‘Diving Hour’.

An incredible step up from the work of Blues in Red, it retains the sensibility of a band clearly at ease with their craft but eager to comment on the world as they see it.

In late 2017, Basciville released their third track, ‘Sweet October’. Taken from their debut EP ‘Blues in Red’, the track Sweet October aims to indulge the listener in a moment of calm.

Lead singer and guitarist, Cillian, explains “Sweet October is a song about change, both within and without. Sometimes we struggle to come to terms with the divide between our expectations for ourselves and what life presents us. This can lead us to seek glory further afield but that doesn’t always work out either and coming home from that can be difficult both personally and socially, something the Irish know well historically and currently.”

Most recently, the band operated as rhythm section on Colm Mac Con Iomaire‘s acclaimed third album The River Holds Its Breath, and subsequent live performances, including a collaboration with Riverdance composer Bill Whelan.

Massimiliano "Q-ROB" Roveri writes on and about Internet since 1997. A philosopher lent to the IT world blogs, shares (and teaches how to blog and share) between Ireland and Italy.
@MassiMaxRov
Previous Peter Murphy first Guest of Honour of SPLF 2020
Next Colm Mac Con Iomaire Guest of Honour SPLF 2020