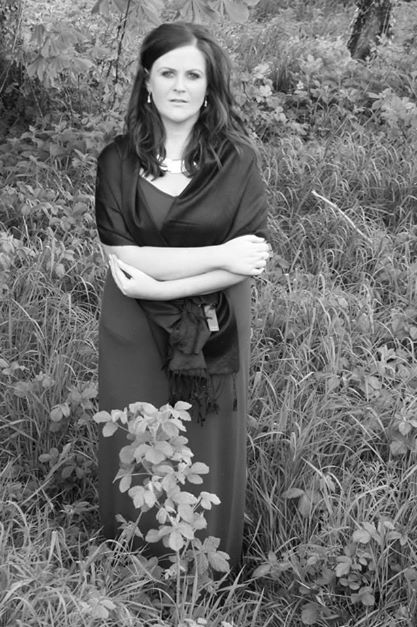 Our new guest for the series of interview about the Present and Future of the Irish Trad Music is Elle Marie O Dwyer.

Elle Marie O Dwyer is a traditional ballad singer from Cork who released in 2002 her debut album “Where the Allow Waters Flow”. Under the tuition of Lena Bn. Uí Shé from Cork city, Elle Marie scooped her first All-Ireland title in Traditional English Singing in the u-18 category in 2005 in Letterkenny. Following this in 2006, just as she began her first year in Mary Immaculate College in Limerick to study primary teaching, she gained a spot on the Comhaltas Tour of Ireland, where she got the chance to sing and perform with the legendary Seán Ó Sé. Possibly the achievement Elle Marie holds closest to her heart came in 2009, when singing the title- track from her album, “Where the Allow Waters Flow”, she won the All-Ireland for her club, Freemount.

1.  Elle Marie, would you like to tell our readers something about you and how/why you started to sing Trad Irish Music?

Traditional Irish music has been part of my life from a young age. My musical journey began when I picked up the fiddle at the age of 8. The principal of the local school here in Freemount, where I live in Cork, was a fantastic music teacher. He encouraged me to sing. I was very fortunate that I grew up in a house where singing and music were greatly encouraged. My parents always supported me and spurred me on to practise and perform. My style of traditional Irish singing has been influenced by some of the “greats” of our tradition; Lena Bean Uí Shé, Deirdre Scanlan and Nora Butler to name a few. As I developed as a singer, I started to feel a strong connection to the songs of our history and our culture. I was always taught that a song is a story and if I didn’t feel something for that story, I didn’t sing the song. Growing up, competitions were of importance to me. In that time, I won all- Ireland titles for singing. These wins opened a lot of doors for me and also gave me the opportunity to tour internationally with performing groups. Recording an album was always an ambition of mine and when the opportunity arose in 2012, I grabbed it. My first album “Where the Allow Waters Flow” got it’s name from a song I included on the CD and it was fitting that the song was written by Con Herbert, the first person to set me on the road of my traditional singing journey.

2.  You come from the village of Freemount, where you still live and even teach traditional singing; how is the scene music in this area, in the North Cork?

I think it is safe to say that traditional music and singing are thriving at the moment. As many of your readers may know, Ireland is going through tough economic times and so people have turned to free entertainment in the form of “Rambling Houses” or “Irish Nights”. These are where people gather in pubs, halls or houses to sing, tell stories, play music and dance and they are becoming increasingly popular in the North Cork area. I often journey to Co. Clare also and “Singers Clubs” are very prevalent there. Freemount is steeped in Irish music and many young people from surrounding areas come to our village to learn their music and singing. As you mentioned, I teach singing and it is fantastic to see our younger generation carrying on the rich tradition of our music and song.

3.  Very soon your second album, “A Roving Heart”, will be released. Would you like to describe us the songs that you have chosen for it and tell us something about these tunes?

Like most people, I am very proud of where I come from. As I previously mentioned, my first album included a song “Where the Allow Waters Flow”. The Allow is the river that flows through Freemount and mentions many places surrounding my home village. In this, my new album, I wanted to include another local song and “The Creamery Song” fitted that bill. This song tells the story of how the creamery in Freemount was knocked and the effect it had on our locality. Songs of place strike a chord with me and this can be seen in the song selection of the album. There is also a strong Clare influence on this CD which is, again, evident through the song choice. I endeavoured to include a large variety of songs while still remaining true to the traditional style.

4. What kind of music does Elle Marie like to hear (apart from “A Roving Heart”)? What is on your CD reader or MP3 player right now?

I listen to most genres of music. Obviously though, my heart lies with traditional music and singing. Currently the CD player in my car is playing Ann Droney Kirrane from Clare/Galway but before that I had country star Nathan Carter in the player! I particularly enjoy listening to very traditional recordings like Nora Butler and John “The Miller” Power from Waterford but I would listen to anything from Beyonce to Beoga!

5.  We love to speak and write about Irish culture, generally speaking. Any suggestions about books or writers from the Emerald Island to help a foreigner to understand you, Irish people, better?

If your readers are interested in learning more about traditional Irish singing, there are many publications and CDs to choose from. Comhaltas have published books of songs which also include a CD for listening. I would recommend “Traditional Songs and Singers”, “A Bar of a Song” and “Amhráin Rithimiula”. All of these can be purchased by contacting Comhaltas. Contact details can be got from the following website http://comhaltas.ie/

6.  Italy – Ireland: it seems there is a special bond between these 2 countries (at least from our point of view), probably beginning with our forefathers who immigrated in America. Thinking of Italy, what does come to your mind? What do you know, like (or not) of this country?

When I think of Italy, I immediately think of sun! I think of beautiful scenic beaches and some of your popular holiday destinations! You rich tradition and culture also comes to mind. I am a primary school teacher by day- I teach young children and often teach them about the Ancient Romans and many other aspects of Italy’s history. Ireland and Italy share a varied and interesting past. Both countries have a lot to be proud of. Unfortunately, I have never had the opportunity to visit your beautiful country but it is on my “bucket list” and is definitely a place I hope to go to in the future.

7.  Projects for your future? What would you like to be when you grow up?

I recently attended the 27th International Feakle Traditional Music Festival which took place in Feakle in East Clare. There, I tutored classes on traditional singing and performed at concerts and singing sessions. Looking ahead, there is the All Ireland Fleadh Cheoil to attend and many, many more festivals and singing weekends. Singing weekends are organised by singing clubs in Ireland where singers descend on a specific place and sing songs for the weekend. I will be performing on the Irish language station TG4 shortly and since “A Roving Heart” is just released, there will be a lot of promotion gigs surrounding that. In a few weeks, I will be back teaching children in school and singing classes will also resume after the long summer break. So all in all, a busy time ahead… but who is complaining? Traditional singing plays a major role in my life and long may it continue.