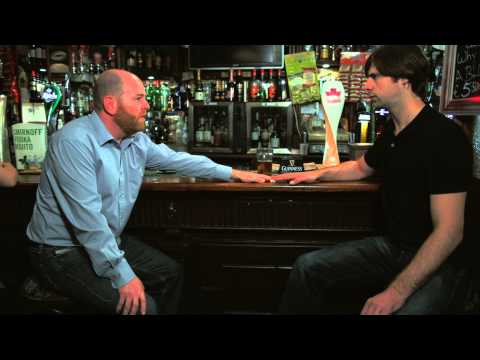 We are very happy to have Carl Finnegan, one of the… Two Gallants, on ItalishMagazine!

So: 100 years later, we are still dealing with James Joyce. A “new” Dubliners, a lot of interest. And your Two Gallants too. Why James Joyce is still so important, and why definitely he is still part of the Dublin cultural heritage and landscape?

I think now is a good time to begin to carry the legacy of Joyce forward for the next 100 years. A new version of Dubliners and our film can help attract a new generation to the original work. This fantastic writer is a significant part of historical Irish culture. People are attracted to his characters as they still resonate to this day. Great art influences us to look at ourselves and we can look at Dubliners now and ask ourselves the question: have things changed that much?

How it is to deal with the words of a legendary author such as Joyce to transform them in a script, and then in images? 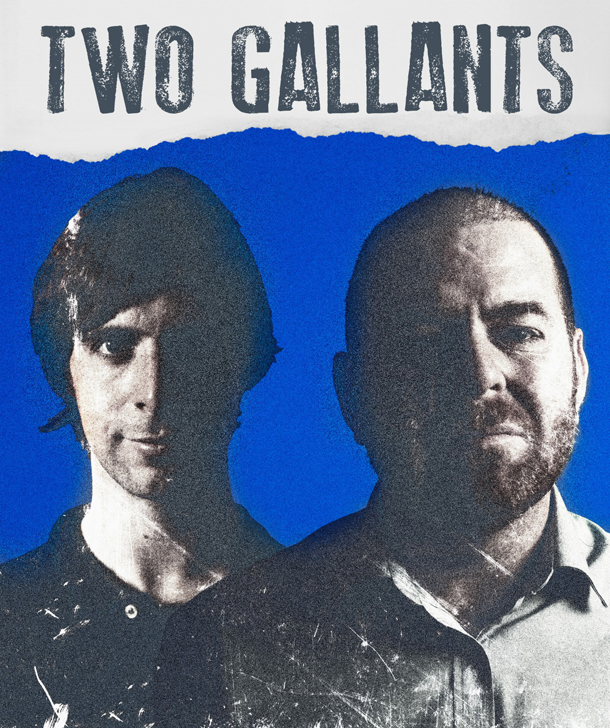 It is really daunting in a lot of ways because you know you have to make changes to update it. You have to follow your instinct and hope people will see the merit in your efforts.

We focused on telling the story more visually and updating the metaphors to present day circumstances.

Film by its nature requires less dialogue so you need to adhere to that convention. It was about getting the tone of the story right I feel.

How much of Joyce is in Two Gallants? 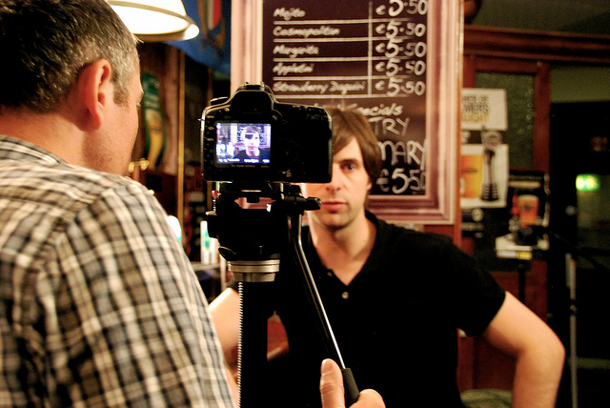 The dialogue for the most part is updated. The characters I feel are true to the original story. We’ve constructed a film that will have fans and newcomers guessing as to the final outcome.

I think when you’re telling the story of two conmen, noone should know how it will turn out. That was important to me and I think the original story had a sense of mystery.

I am a huge fan of the The Sting and other movies about conmen and its important to have those kind of characters ahead of the audience. The original short story remained the blueprint for our story and we kept coming back to it again and again. I think the spirit of the original story comes through.

… And how much of you, and of the “real” Dublin? It’s quite a literary city, maybe a literary character by itself?

I brought in a deeper examination of the Corley/Lenehan realtionship.

Lenehan fears Corley may ditch him for the maid in our version but he would never say it. I was interested in looking at male friendships in this film. Dublin as a location brings that rich history to the film. We captured the the natural ambience of city life life on film. It has a natural character. 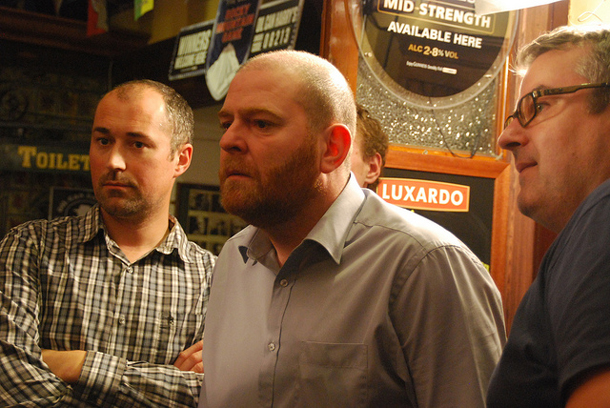 Italish is a 100% “made on the web” magazine. Blogging, social media, crowd funding, Ulysses becoming a virtual reality game and Beckett a YouTube series: what do you think about the relationship between the web / social media related kind of resources, the support they can provide, and cultural projects? And how are you using social media to support Two Gallants?

We’re on all social media but Twitter has been my preferred platform to promote the film. Joyce fans are embracing social media and twitter is a place where they can go and communicate daily. I think getting support for independent film in this way can allow filmmakers the freedom to pursue personal projects.

Public support is valuable to the artist beyond the monetary element. It is very moving for me to be supported in this way. I am primarily an actor and in that profession you can be isolated by its very nature. This kind of support made me feel like I was now part of a team and a community and as we move now towards festival distribution it will certainly be a time to celebrate and communicate back our sincere thanks to those that gave us a hand up.

I am fascinated by the Ulysses virtual reality game. I am a gamer myself so it will certainly be something I’ll look forward to. Michael Colgan of the Gate Theatre originally put Samuel Beckett to film and that was certainly an inspiration and encouraged me to bring Joyce to film in a similar way. I think new digital platforms are to be embraced.

Two Gallants could be the first part of a potential web series or a collection of the stories as one much larger feature film in the style of Sin City. We’ve constructed our short film to fit these future conventions.

Would you tell us something more about you and the cast? 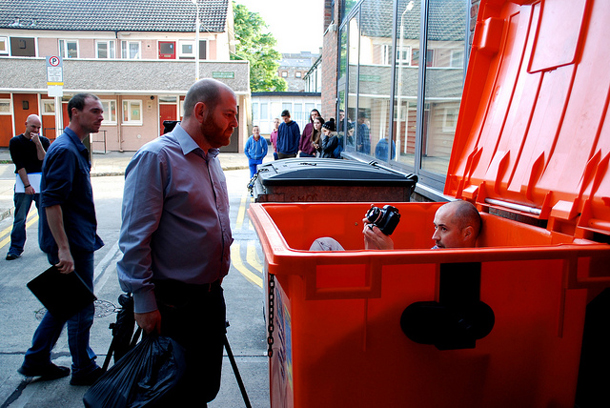 I’m a graduate of IADT Dún Laoghaire and the Gaiety School of Acting. I am also Artistic Director of Dublin based Pack A Punch Theatre Company.

I play Corley in Two Gallants and my fellow cast member John Carey plays the role of Lenehan.

John is best known from Fair City and Éalú on TG4. He brings a lot to the role of Lenehan and has the natural character the part requires.

Alicja Ayres is a Polish actress who was trained at the Gaiety School of Acting and has performed at the Abbey Theatre and runs a theatre company in Dublin also.

Alicja plays the maid who is now Polish and in a much extended role.

The lead roles for the film were cast by myself and my agent Philippa Stapleton and Sinéad Monaghan. We also held open castings for the supporting roles which were advertised through social media. It was important for me to give our up and coming Irish talent a chance to see themselves on the big screen.

What’s next, what comes after Two Gallants? With and/or without Joyce?

I’m currently working with my co-writer Darren McGrath on an independent feature film loosely based on our own life experiences set between Dublin and Limerick. We want to shoot at both locations.

We want to continue working with Joyce at the same time. We’re submitting Two Gallants to festivals and we’ll be trying to see if we have an audience for more films like this. We have the script for a second story from Dubliners called Counterparts completed.

We have our own post production facilities built now and more importantly we have a young Irish team that are hungry to do more work with the capability produce work in an efficient way. We want to hear from our audience and so I would encourage people to get in touch at dublinerfilm[@]gmail[.]com.

A question about your “colleagues”: Italish follows with great attention Irish movies. With In Bruges or Calvary, Adam & Paul or Between The Canals we had the impression that there is a sort of vibrant “nouvelle vague” in the Irish movies movement. What do you think? What are the today pros and cons in Irish film industry?

I think you’re right: there is a new wave of young Irish filmmakers. It’s become more accessible to make your own work and that will bring an independent voice. I can only speak for myself and I have made a commitment to myself to take on challenging work that I act in as well as produce in film and theatre.

I’m an IFTA voting member myself so I get a chance to see and vote for all the Irish film work. I am delighted to see more Irish films being made than ever before. I think being an actor/filmmaker who is essentially an artist is hard in Ireland. I am under no illusion as to how difficult it is to land on your feet in this business. I would encourage others to make their own film(s). Even though its hard, its worth it. I am surrounded by a team of passionate people and that has been the most rewarding experience for me.

As Italish has a lot of not – Irish readers we often ask in our interview with Irish people suggestions to get deeper into Irish culture. Would you suggest five movies and five books for not – Irish people to understand better Ireland?

I would suggest 5 plays. The Cripple of Inishmaan by Martin McDonagh to start with. Then the classic Philadelphia here I Come by Brian Friel. Misterman by Enda Walsh which was recently performed by Cillian Murphy is a fantastic play.

My theatre company recently staged Someone Who’ll Watch Over Me by Frank McGuinness which is about the trials and tribulations of an Irishman, an Englishman and an American who are kidnapped and held hostage by unseen Arabs in the Lebanon. I’d also recommend Observe the Sons of Ulster Marching Towards the Somme also by McGuinness.

The Irish films I would recommend would be The Commitments, The Crying Game and In Bruges as mentioned above. They are all much loved here in Ireland. I would also suggest two recent Irish films, Run & Jump by Steph Green and Pilgrim Hill by Gerard Barrett which are excellent dramas.

Massimiliano "Q-ROB" Roveri writes on and about Internet since 1997. A philosopher lent to the IT world blogs, shares (and teaches how to blog and share) between Ireland and Italy.
@MassiMaxRov
Previous Che ci fanno gli Irlandesi in Südtirol..?
Next Rudi Azank and While Waiting For Godot on Italish!