Past, Present & Future of Irish Music – 7 Questions 7 to Niamh Parsons

It is a privilege and a honor to introduce to our readers Niamh Parsons, who has been defined: “One of the most beautiful and expressive voices in all of Ireland. Niamh Parsons has the ability to climb into a song, take ownership and then sing it for the listener to experience–not simply hear.” (Cindy Reich) 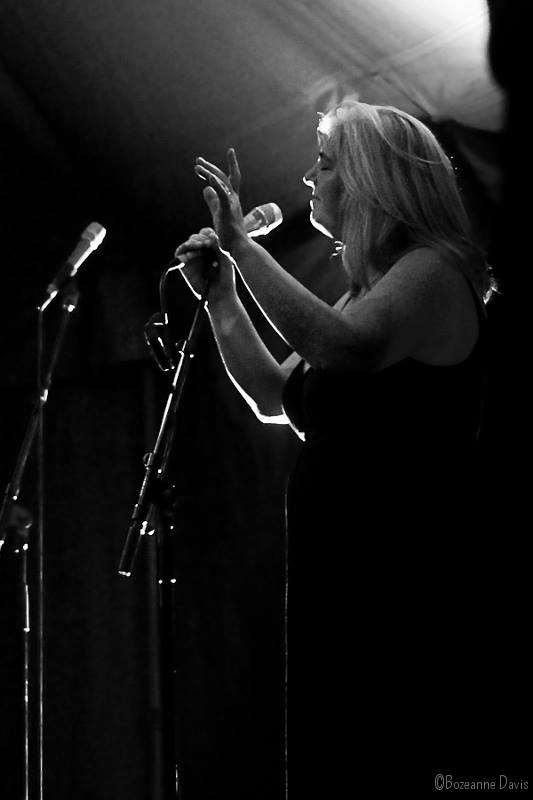 Niamh is an artist who has already recorded songs in the recent history of Irish Trad, but we are sure that she will write further pages with her albums and jigs.

1.   Who is Niamh Parsons? Would you like to tell our readers that don’t know you something about you, introducing your music?

I am from Dublin, Ireland, and I have been singing all my life.  It used to be a hobby but then at the age of 32 I turned professional because I married a bass player and we started a band called the Loose Connections.  I am a traditional singer, but I sing all sorts of songs, and the Loose Connections had 2 albums, which were a mix of traditional songs and more modern songs.  Then we parted, and I joined up with Graham Dunne, also going back to mostly traditional Irish songs.  We have made 5 albums together, the newest will be released some time later this year.

2.   You are collaborating with the well-known guitarist Graham Dunne for the last years and it seems there is a special musical bond with him. What is behind it and how did this cooperation begin?

Yes, there is a special bond between us.  We met many years ago, and when the Loose Connections band broke up (along with my marriage) I went looking for a guitarist to do some duet gigs.  I contacted Graham and we got together, romantically as well as musically.  We’ve been together since 1999 and he has recorded 5 albums with me. Graham recently did a degree and a master in Music Technology, so he’s making (recording, editing, playing) the new album.  We love performing together.

3.   I’ve read that you pay much attention to the choice of the songs you sing; can you tell us how you do it and make some examples of tunes that you felt in love with?

I only learn songs if I can find some history of the song.  I’m in the process of writing a book, The history of my traditional songs. I am fascinated that songs can be handed down orally over the years and always want to know more about them. So yeah I pay a lot of attention to my choices of songs.  An example would be ‘The Water is Wide’ which is one of my favourite.  The air of the song has been around for centuries, and can be found in North Europe (Netherlands, Denmark etc.).

4.    What kind of music does Niamh like to hear? What is on your CD reader or MP3 player right now?

5.   We love to speak and write about Irish culture, generally speaking. Any suggestions about books or writers from the Emerald Island to help a foreigner to understand you, Irish people, better?

This is a difficult question.  I tend to read history books, or books about songs. But the poet Ciaran Carson has written a beautiful book among his many works.  It’s called Last Night’s Fun and is a joy to read.

6.   Italy – Ireland: it seems there is a special bond between these 2 countries (at least from our point of view), probably beginning with our forefathers who immigrated in America. Thinking of Italy, what does come to your mind? What do you know, like (or not) of this country?

I think of FOOD when I think of Italy! The food in Italy is the best in the world.  I also love the way Italian audience gives such respect to music and musicians.   There is very little I don’t like about the country.

Haha!  I’d like to be rich when I grow up!…  Seriously – we have a new album almost ready (September possibly) and as mentioned I am almost finished writing a book on the history of the traditional songs I’ve recorded.  I hope to come back to Italy soon.

And we hope so too, waiting for you here in the Bel Paese!