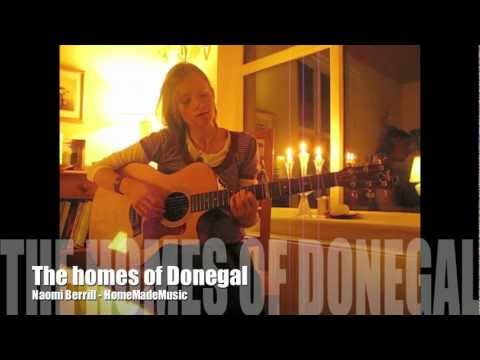 From Galway to Florence: 7 Questions 7 to the (not only) cellist Naomi Berrill

Naomi Berrill is a perfect bridge between Italy and Ireland, Florence and Galway, a perfect mirror of what we love to write about on Italish.

Born in Galway, amazing cello player and singer, 9 years ago she moved to Italy where she got married; in Italy she had collaboration with cellist Giovanni Sollima, pop band La Crus, writer Stefano Benni and coreographer Virgilio Sieni.

1. Naomi, cellist and singer, but even guitarist and concertina player, with many different collaborations; please, would you like to introduce yourself to our readers and to explain what is behind your deep love for the music? 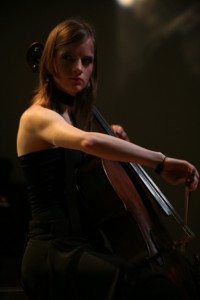 As I grew up near the west coast of Ireland, I was lucky to have first-hand experience of the local traditional Irish music. I played at sessions and attended folk music lessons after school. We used to bring along a cassette tape and we would record our tutor playing a ‘jig’ or ‘reel’ for us. We would learn this by ear for the following lesson.
My classical music education began at home where my parents ran a small music school. They were also the musical directors of an amateur musical society and so on Sunday afternoons I would be brought along with my brothers to the rehearsals. We knew all the songs off by heart!
When I was 18 I moved to Scotland to study classical cello at the Royal Scottish Conservatoire in Glasgow. While there, I used to play and sing at weekly Scottish folk music sessions. At this time I also became interested in Jazz music. Some friends of mine had a jazz band, and for some gigs, they asked me to sing with their band. This was a thoroughly enjoyable experience.

So to reply to your question: for me, music is linked very much to my childhood days, to my memories of growing up in Ireland and also to my first exciting student days, in Scotland. My love for music and the power it has, began there.

2. Some years ago you moved to Italy, where you have met and played with several artists; what is behind your choice and what are the results of that decision? What do you miss from Ireland?

After I graduated, I moved to Italy to further my studies in classical cello. I also wanted to be closer to Alessandro, whom I met while working in Edinburgh at the Fringe Festival and who is now my husband. Nine years later, we have a little two-year old son, Pietro, I’m still here, and I must admit that life in Italy suits me very well!

The things I miss from Ireland are: my family and friends, the wild and windy west coast, and the special atmosphere among friends and locals at the many great evenings of music-making which take place in local pubs such as Campbell’s Tavern, Headford, Co. Galway.

Because of my life’s pathway, I have had great and varied musical experiences. These range from playing in a string quartet and attending a masters chamber music course in Basel, to participating in musical- theatrical performances with Musicamorfosi, to attending string quartet and also jazz and experimental music courses at the Banff Centre in Canada. I also enjoy composing and performing with other great actors and dance companies for some famous Italian festivals such as Spoleto and the Venice Biennale.

3. I read that your first album will be soon released; would you like to tell us something about it and the songs you have chosen to play?

I’m very excited about my recently recorded CD which should be ready in about a month! All the tracks are my own arrangements for voice and cello: pieces that I love and that I believe work really well for cello and voice.
You might find a Schumann piano piece, then an adaption of a Borodin melody, an old Irish folk song or a lively Bossa Nova. I have really enjoyed adapting the technicalities of my voice and the cello to this eclectic collection and I think there is something there for everyone.

4. What kind of music does Naomi like to listen to? What is on your CD reader or MP3 player right now?

On my mp3 you will find quite a mixture of styles: classics written by Purcell, Bach and Schumann; Brahms Quartets along side the Dave Douglas Jazz Quartet; Irish Groups such as Yurodny, Ensemble Éiriu and The Whileaways; singers and composers such as Nina Simone, Aimee Mann, Lisa Ekdal, Charlie Winston, Pascal Pinon, Elis Regina, Joan as a Police Woman, Avishai Cohen, Blossom Dearie and the Irish singers Lisa Hannigan, and Julie Feeney

Being a musician, I love the rhythms and meters in poetry from the famous Irish poets such as Yeats and Wilde. Also I’m very interested in the work of young contemporary Irish writers that reflects the current situation in Ireland today. I’ve just finished ‘The Spinning Heart’ by Donal Ryan and Eimear Mc Bride’s ‘A Girl is a Half-Formed Thing’ is waiting in my back pocket! I admire the work of small independent publishing companies: in fact there is a special publishing house in Dublin called ‘The Lilliput Press’ where musical soirées are organised. I’m delighted to have been invited to give a concert there on September 28th next.

6. Italy – Ireland: it seems there is a special bond between these 2 countries (at least from our point of view), probably beginning with our forefathers who immigrated in America. Living in Italy probably you can make a better comparison than many others to whom we asked this question. What do you like (or not) of this country?

What do I like about life in Italy?
Well, the food of course! Fresh olive oil and garlic on toasted bread with garlic, coccoli with stracchino and crudo (fried bread with soft cheese and Parma Ham) and a nice glass of red wine, and of course the cooking of my great friend Cristina Pettiti (ricettedistagione.tumblr.com )… But some crucial ingredients for Irish cooking are hard to find here: salty butter, buttermilk, and self-raising flour!!!
I’ve grown used to the Italian heat and sunshine, but there is nothing like a good strong western wind blowing in from the Atlantic Sea to give me some energy and inspiration!

7. Projects for your future? What would you like to be when you grow up?

Well, when i grow up… As my Irish grandmother Kathleen used to sing to me, “che sara sara , whatever will be will be…”
You can not really control all that the future holds in store for you, but I think if you have clear ambitions, goals or ideas, a lot is possible!
My future projects would be a second CD of my own original material, some more detailed study of Baroque and Renaissance music (I would love to study the Lute or Nyckelharpa), to publish a CD and Book of songs for young Children ( I am currently working with Italian children from 3 to 5 years old, teaching them English using various songs, instruments, and rhymes )… And I’d like to think I could bring my audiences with me on a pathway from one style of music to the appreciation of music and songs in another style/genre.