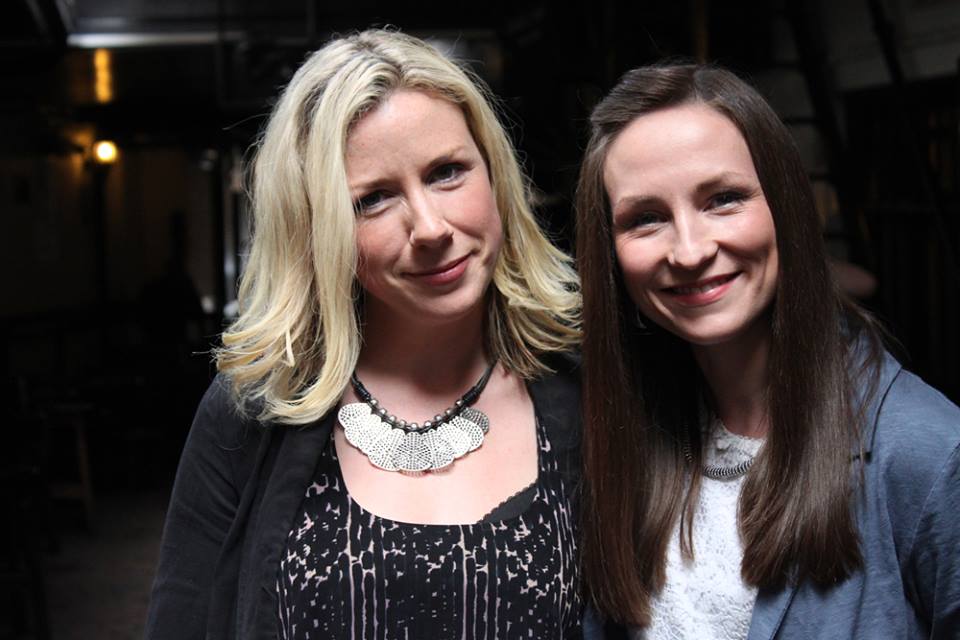 Let us continue our journey in the Future of Trad Irish Music; we met other friends to speak about their 2016 projects:

I’m taking a bit of a quieter year in 2016 to be with my young family after a very busy 2015  but a few things will be happening.

On Jan 27th, I will be part of a special concert in St. Patrick’s Cathedral, Dublin to celebrate the music of the late Eithne Ní Uallacháin. I will be joined by her husband Gerry O’Connor, her son Dónal O’Connor, the singers Pauline Scanlon and Karan Matheson, and the musicians who featured on her amazing album Bilingua. The concert will be filmed for television.

I have recorded two songs for a new album to be released by Charlie Lennon in commemoration of the 1916 rising. The songs were composed to lyrics by Pádraig Pearse and Joseph Mary Plunkett.

The second series of “Port” that I co-presented with Julie Fowlis will be broadcast on TG4 and BBC Alba in January featuring wonderful talent from Ireland and Scotland. This year we visited counties Cork, Galway, And Donegal in Ireland, and Ross Shire, Edinburgh and the Isle of Lewis in Scotland.

I intend to stay close to home this summer and perform in the many places in my home town of Dingle where there is music to be heard.
I often play with Gerry O’Beirne, Donogh Hennessy, Séamus Begley, Tommy O’Sullivan and Jeremy Spencer, amongst many others.

We are fortunate that Dingle is full of wonderful musicians and many people come to hear the music.
Some other musical projects include some compositional work for a television documentary and some new collaborations. I am looking forward to it.

I have a new record coming out on 28th January called ‘Behave the Bravest’.

It was recorded while on tour in Australia, LA and of course Scotland.

Here’s a the video of the opening song:

2016 is certainly going to be a musical one! The year kicks off in the recording studio with my Dad and sister to record our new family album! I’m really looking forward to being back together in studio!

I will be appearing on some new TV programmes including the award winning series “Port” and a lovely new series called “Mná an Cheoil”.

There are some lovely Irish gigs and festivals in the pipeline throughout the year both solo and with my sister and Dad! July sees the start of the festival season here in Ireland and further afield! I’m looking forward to performing at many new festivals throughout the world including festivals in Canada, Switzerland, Europe and America. In October we will head to the Camden Town Music Festival in London for a special​ Mulcahy Family appearance!

Keep your eyes peeled for the launch of our new family album and a Mulcahy Family tour in the Autumn! To keep updated check my Facebook page Louise Mulcahy.

I am really looking forward to 2016! It will be a jam packed year as I have lots of plans!  I will be performing at TempleBar Tradfest at the end of January and I will be off to Celtic Connections to meet up with old friends and to make new ones!

I a venturing further in to the world of song writing with collaborations and co-writes ahead with writers in the US/Uk and at home in Ireland.

There will be more travel ahead with some Summer festivals at home and away! I have just had a lovely trip to Mumbai in India and hope to continue to develop the relationships I made there over the coming year and travel back there in Autumn! I will also be performing with Wor in Belgium in December to finish the year off nicely!

I had a great musical 2015 and hope 2016 will bring more of the same! Here is a clip from me and some good friends performing during Fleadh Ceoil na hÉireann!

I am currently recording a solo CD titled ‘Modal Citizen” that will take  one on an evocative modal journey through  the modes commonly used in  Irish traditional music.  It will also feature special jigs in that I have composed  slip jigs , double jigs and jigs in 12/8 for it .

The CD also features a varying selection of fiddles including Stroh and Octave violin, along with the inimitable Rhodes MK1 stage piano.

In 2016 , we look forward to releasing our 3rd album. Work is already underway on new material that is sounding better than ever. We are looking forward also to our introduction into the USA market, as we will be playing at the Michigan Irish Fest in September 2016.

This is the first time that The Bonny Men will be playing live in America, and hopefully we will be able to confirm some more festivals in the new year. We would really love to play again in Italy sometime, so if there are promoters out there reading this, bring us over to Italy, you will not be disappointed!

As always, we will be working hard on enhancing our music as a band, creating new sounds and working hard on our self composed songs. Our live act is getting better and better all the time, and I can honestly say that we are one of the most entertaining live bands out there.

I will be In Australia performing Instrumentals, The Music Of Arthur Russell at the Sydney Festival in January. After that I’ll start work on my new solo album at home in Dingle in West Kerry. Very excited about it.

My band NOTIFY will be releasing a new album on Ropeadope Records in March 2016. More info on the band from www.notify.ie