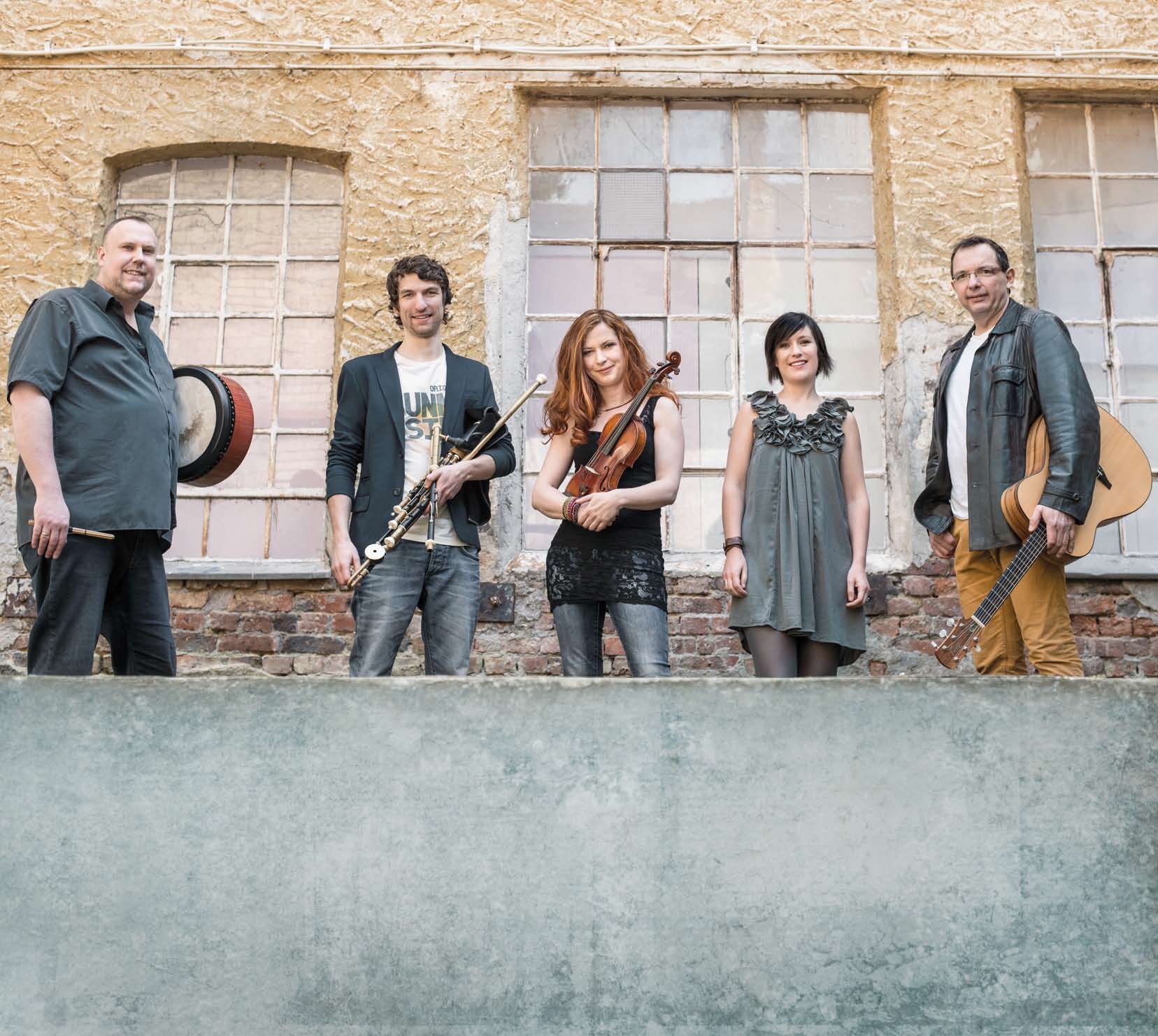 Once again, for the third year, we are going to meet some of our friends to speak about the future of Irish Music, their projects for 2016.

Cara has a new album coming out, their 5th studio album,“Yet We Sing”. Here’s two making of videos (third and final to follow soon) and some info. It will be available from 1st of December on their website, and 15th of January in the shops.

Cara are celebrating the launch of their fifth studio album, “Yet We Sing”, where they continue to perform predominantly self-written material, with an international line-up and reputation.

On 15th January 2016, the German-Scottish quintet releases “Yet We Sing”, with extensive touring in Germany throughout January and February.

The Cara sound is shaped and defined by the two charismatic singers and songwriters, Gudrun Walther (Germany) and Kim Edgar (Scotland). “Yet We Sing“ deals with the “hard stuff’ – love, death, religion, war and hope – drawing the listener near.

The album also captures the live energy that has earned Cara their enthusiastic fanbase and their reputation within the folk scene. Energizing, emotive and engaging, Cara aim to connect directly with the listener.

Goitse will be recording a brand new album in January 2016. They will have plenty of special concerts in Ireland to mark the launch of the new album along with tours in USA, Canada, Italy, Germany, Austria and Switzerland.

“We hope that 2016 is as good as this year”. For more information look up their website: www.goitse.ie.

2016 is shaping up to be an interesting year for me. I am delighted to have been commissioned to compose new music to celebrate the involvement of the two Elliot sisters, Emily and Eilish from Glasson, Co. Westmeath in the 1916 Easter Rising.

There will be a number of public performances of this new music in conjunction with Westmeath County Council. Well known Poet John Ennis has been working with me also for this project, so very exciting indeed.

I will be again busy with my teaching duties with Tradtime and Comhaltas. Tradtime has really got going in the last year and we are looking to expand from Primary Schools into Secondary Schools and Universities too.www.tradtime.ie
I will have plenty of gigs with Folk and Trad Group Wagon Wheel.

We have really developed our sound over the last while and we have plenty of new songs ready too. Check us out on Facebook at https://www.facebook.com/wagwh/.

I’m sure plenty of other musical endeavours will be on the horizon hopefully in 2016 too. For updates, see www.endaseery.com”

2016 looks like it’s going to be another busy year for me thankfully. I’m currently on a tour around Ireland playing with Sean and Dolores Keane which will take me up to the end of January.

After that I’ll be on tour for most of February and March in Germany with a new project.

As part of that tour we are recording a new cd which we are currently working on. Late spring will see me on tour in Spain with a handful of shows in Prague.

I’m also working on a new duo with American guitarist and singer Ryan McGiver and we hope to tour in the US and Canada later in 2016.

As it happens, I am working on a new album, which is due to be released under the Raelach Records label, sometime in 2016.

It is an album of traditional Irish music and sean nós songs, and some of my own tune compositions also. It will mainly be a solo album, but there will also be several tracks with other musicians.