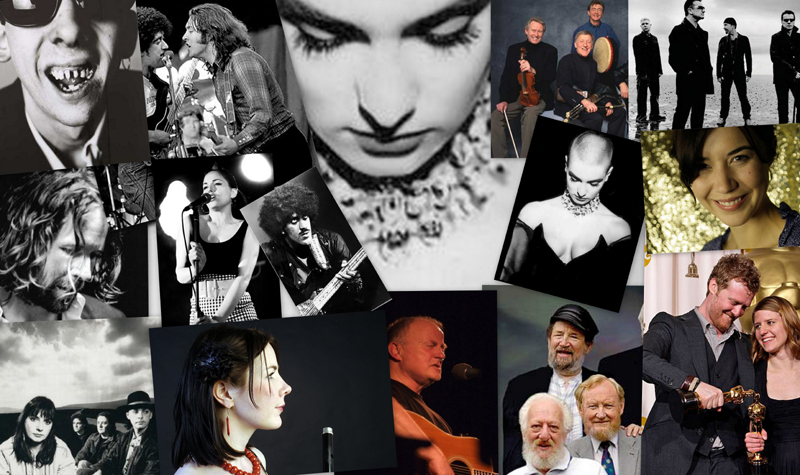 Last appointment with our Irish musicians friends to know something about their 2014; the year has just started and there is a lot of music on the way!

We have asked even to them only this very question:

“How will be your 2014 in Music? Any projects, new album, cooperation, special gigs?”

This is what they replied: 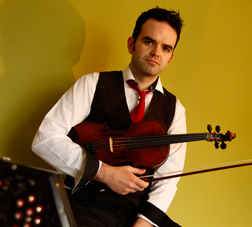 2014 looks like it will be a busy year for me! I have many projects planned. I will be touring in France, Portugal, Germany and America.

For me, writing tunes usually happens when I have toured in a country and have been influenced by that country and its music. In 2013 I have visited many countries playing music including Holland, Denmark, America, China and Japan, so I hope that all these countries will help me when I  write new music in 2014.

I always enjoy the recording process and in July I released a new album; ‘Changing Time’ and I had a great time recording it. Two of the tracks on the album will be featured on a documentary about the women of the Magdalene Laundries which will be shown on tv in Ireland. In 2014 I plan to do gigs with the new album so I will be looking forward to that. I would also love the opportunity to return to Italy in 2014. I have always enjoyed touring in Italy. I have toured there with Gráda, The Dave Munnelly Band and the Salamanca Ceili Band The concerts are great, the people are nice and the food is always delicious!! So, I would love to return to Italy to play, collaborate or record!! 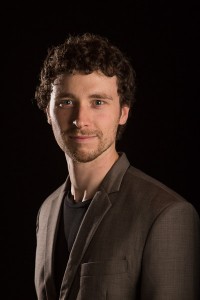 For many years now I’ve had a desire to see where music could take me, creatively as well as globally. And over the last few years I’ve had the privilege of performing music in fantastic venues with amazing musicians, and these experiences have only strengthened my ambition to take music on professionally.

2014 will be the year that I finally get to devote all my energy into my music as I have always wanted.

From early in the year I plan releasing my debut solo album accompanied with a promotional Irish tour which I’m very excited about.

I’m the vocalist and guitarist in the band Socks in the Frying Pan and the summer of 2014 will bring a major shift to our performance schedule. Starting with a two month stint traveling to Irish folk festivals around America we’ll then get to travel back to France, Denmark, Luxembourg, Belgium and the Netherlands to do similar festival performances as we did this summer.

The Autumn months will have us around the folk circuit in Germany and Austria and we’ll be bring the year to a close with six weeks in New Zealand and six weeks in Australia.

Simply, 2014 should be an absolutely amazing year of music for me and I can’t wait to get it started.

Well I just released my second album ‘Songs Of Love So Cruel’ and I plan to tour it extensively. I will play more concerts in Ireland but will mainly concentrate on Europe and America. I’ve found that any gigs I’ve played outside of my homeland have been well received, I would like to take the songs to as many poeple as possible. Italy sounds good!

I’m already compiling new songs for my third album but have no plans to record that yet. Writing is something I always do so that is a given. 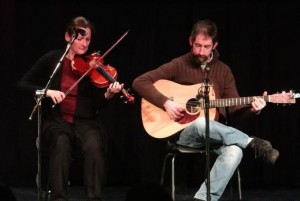 We are a husband and wife duo from Ireland who play Irish Traditional music. Dulahan is the Irish word for a headless horseman and also for a little lake trout. Adele plays Fiddle, Harp and Piano whilst Joe plays Irish Tenor Banjo and Guitar. We have been playing Irish music together since we met fifteen years ago whilst studying Irish Music in Falcarragh, County Donegal.

We recorded our CD entitled Airs and Gracenotes initially as a gift for our families and guests at our wedding but were fortunate to receive a lot of radio play and positive feedback from it and so we continued to perform and market our music on the strength of it. We spent our honeymoon in the Cinque Terre and gave a copy of our CD to a kindly Italian gentleman who ran a cyber cafe there when he  found some last minute accommodation for us.  It’s nice to think that from time to time he might pop our recording into his CD player and relax with some Dulahan tunes!

We uploaded some of our music onto you-tube and we received a very positive reaction from all over the world. Through the internet we have made many great friends who have spurred us on musically. We have composed lots of new tunes in the Traditional Irish style and in 2014 we are going to record them in a new album with some of the more Traditional  Irish tunes.

We hope also to host more music workshops as we did in 2013 for new aspiring musicians. We get great joy from performing and sharing our music with others and hope to continue to spread the sense of pleasure that Irish music can give. 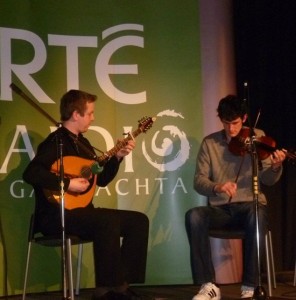 2014 promises to be another busy year for me. I will be teaching some fiddle workshops at festivals including the famous “Joe Mooney Summer School” in July, along with many other schools of music throughout the year. I will be making my way across to Brittany in France for the “Bono Winter School” to teach and play also. And, I hope to be in Italy (YES, ITALY!!!) for St. Patricks Day to play some concerts. I hope to have more news soon on my website http://bitsnpieces2011.com/ so keep an eye!
People I will perform with in concert in 2014 include Michael McCague, Brian McGrath, Maggie Carty & Dave Sheridan.
I am currently arranging some sets for an album of music gathered from my local region called “Sliabh Beagh” in Co. Monaghan. The recording process will begin early in 2014 where I will play on some tracks. This CD has resulted from a recent PhD by Sean McElwain (Teada). You can keep up to date with proceedings at this link. https://www.facebook.com/ourdeardarkmountain
Another album that I have recorded on is due for release in 2014 also. This is an album of new compositions by Michael McCague. Some of the other artists who will feature on this album include John McSherry (At First Light, Lunasa, Coolfin), Nollaig Casey and Oisín MacDiarmada (Teada). There are some really interesting tunes on this album and it is really worth keeping up to date on this process! You can do so by checking out this link.  https://www.facebook.com/michaelmccaguemusic
So, all going well I shall see you all in Italy in March! In the meantime, why not have a look at some of my YouTube videos. http://www.youtube.com/user/bitsnpiecesfiddle There you will find a preview of my album “Bits N Pieces”, which is also available to buy from http://bitsnpieces2011.com/shop