Here we are for the second part of our interviews about next year in Irish Music; some special guests with us to speak about their projects.

We have asked only one question to many Irish artists:  “How will be your 2014 in Music? Any projects, new album, cooperation, special gigs?”

I have a new album out which I recorded last year in the Australian Outback with Rens van der Zalm.
I am busy promoting it as it is on my own record label.
I am going to Australia and New Zealand on Dec 17th for three months.
Festivals and concerts etc.
In USA (solo) in June.
Touring UK with Patrick Street in July and then Mozaik in Ireland in October.
This will be Mozaik’s first outing since Nov 2009 and we are all delighted to be back together!
On the recording front, my 70th Birthday DVD and CD will be coming out in March when we return from New Zealand.
I am also intending to record my much delayed Woody Guthrie album in April/May.
Would love to be back in Italy next year too!

This year was a very busy year; next year will see at least three more new cds.  A duet cd with Sean Ó Se, a piano solo of new compositions and a combined or cooperative project with a foreign artist.  I also have a series of arrangement and new compositions for Female choir which we hope to record and publish during the year. (Cór Ban Cúil Aodha)  But if you poke through that website of mine you will find connections to lots of these projects.

I am hoping that 2014 will be a busy year for me in music.  My first gig in 2014 is at the fantastic Celtic Connections Festival in Glasgow on the 21st January.

I hope that this will help lead to other festival bookings in Ireland, the UK, Europe and beyond! 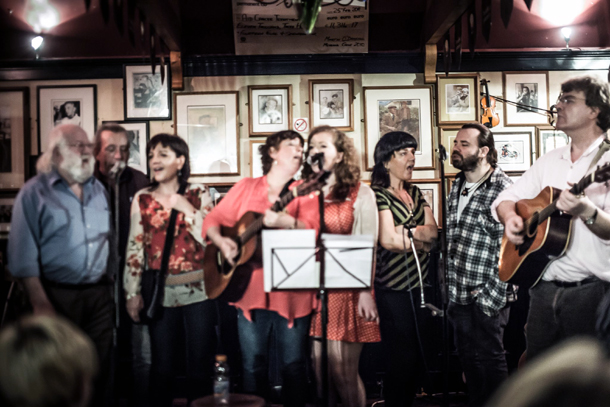 Well, we hope it will be exciting, busy and fun filled. We have just released a new collection of songs called GREENSHINE. We love playing music and we love to record our music and bring it to as many people as possible in as many places as possible. We especially love when people can sit down and really enjoy the words and the melodies we produce in peace and in a cosy and friendly atmosphere. We believe that songs are stories and feelings that live a life of their own once there’s someone there who wants to hear those stories. Our music is a tapestry made up of many threads and we love all forms of good music. For that reason we sometimes find it hard to classify it in a narrow way. We have lots of influences and that translates to our recordings and concerts. We find our music not only inside our own heads but also in the writing of the songwriters we love ~ it may be a traditonal Irish writer whose name has been lost to history or it may be Bob Dylan whose writings have MADE history. Our own songs are the stories that happen in our lives…our ups and downs….they happen in everyone’s life from time to time and that’s what I think people like about our songs ~ they see themselves in them.
Although there are many influences in our music, I think our Irishness comes through not only in our style of singing but in our instrumentation. Noel, especially, is a wonderful musician and plays a variety of instruments to a very high standard. Ellie and I contribute ukelele (the world’s friendliest instrument!) and guitar to the mix and Noel brings with him his whistle playing (whistle was his first instrument growing up in Co. Clare, the spiritual home of traditional music in Ireland), as well as a huge variety of other instruments and our cd you will find concertina, mandolin, banjo and bouzouki as well as guitars both electric and acoustic, bass guitar and keyboards and, above all else, LOTS of harmonies…we love our family harmonies.
Noel Shine and I have been playing, writing and recording our music for many years and we have several albums of work but this one is different in that now we are joined by our youngest daughter Ellie in the family business! Ellie is only 17 years old but she has a lifetime of music behind her and has been singing since she was a baby as has her older sister, Sadie. Ellie started singing on stage with us at the age of 14 and we realised that we needed to record her and make her an official member of our band so GREENSHINE was born, both the cd and as our new band name. Our cd is a real family affair in that not only are we three on there, but Sadie also contributes a track. We play all the instruments ourselves except for a little magic sprinkling of percussion that was added by our friend Martin Leahy.

So what lies in store for GREENSHINE in 2014?

Hopefully we will travel ~ maybe even to Italy (which we would love to do) and bring our music with us. We want to make lots more friends through our music. We especially want people to hear what an extraordinary singer Ellie is and to experience what happens when 3 voices from the same family sing together~ a ‘family voice’ is a wonderful source of power and some of our favourite music has come out of families singing together like The McGarrigles, The Keanes of Galway, The O Suilleabhains of Cork, The Everly Brothers and, more recently, The Kings of Leon! When people ask us what kind of music we play, I like to say: “Heart and Soul folk”. We play from the heart, we bare our souls in our words and our music is of and for the people as all folk music is. Roll on 2014! We can’t wait  to meet you all! For all of you who would like to meet us through our music, it’s available on our website www.greenshinemusic.com. 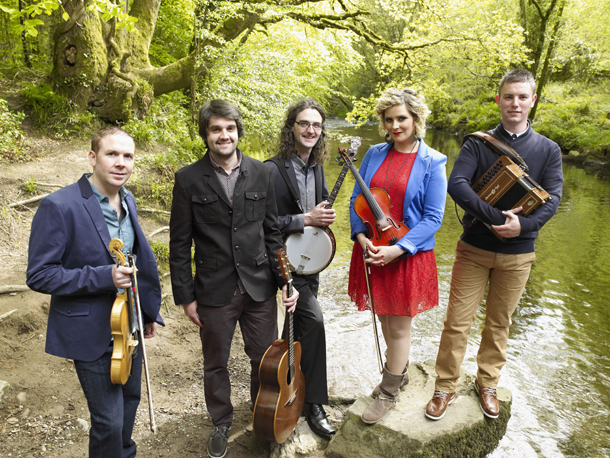 Caladh Nua have a very busy year planned for 2014. Starting in January, they will appear at St. Andrews in Glasgow as part of Celtic Connections on January 18th 2014. Then on February 23rd, they play at the Gathering Festival in Killarney, Co. Kerry, which is celebrating its 15th year.

Upon their return from North America, the band will be putting the final touchs to and recording their 3rd album.

In June, the band begin a 3 week tour of the U.K. In July, plans are afoot to return to Canada for a 3 week festival circuit there. At the end of July (24th, 25th 26th) the band play some festivals in France and they will also play festivals there in August.

Finally, the band will return to Germany at the end of September for a 3 week tour.

All information about the band and their tour dates can be found at http://www.caladhnua.com/ 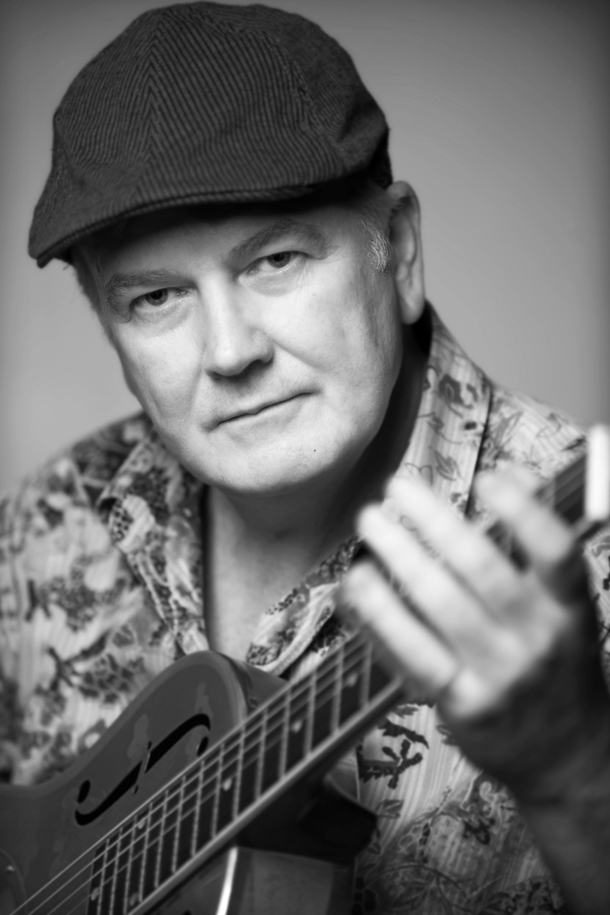 Having moved full time to Dingle a couple of years ago, 2014 finds me playing music with so many great musicians who live in the West Kerry Peninsula. I tend most often to do gigs locally with Muireann Nic Amhloibh, Lumiére, various members of the Begley Family, Caroline Keane, Teresa Horgan, and well there’s too many to mention, but it’s a joy to have so much great music around.

I’ll be writing and recording for a new album of songs – I’m first and foremost a songwriter. In February I’ll be on a solo tour of New Zealand which will break up the Winter nicely. In May I will be performing a concert of new songs at the Féile na Bealtaine Festival in Dingle so by April i’ll be panicking about getting the new songs written.

There may well be a show or two playing guitar for Shaun Davey’s orchestral works in the summer,  Lots of concerts in St James’ Church in Dingle, and in the Autumn I’ll be going to the US for a solo tour.